Russian Foreign Minister Sergey Lavrov claimed that the country has learnt about Italy's peace plan for Ukraine only through the media. Read Further. 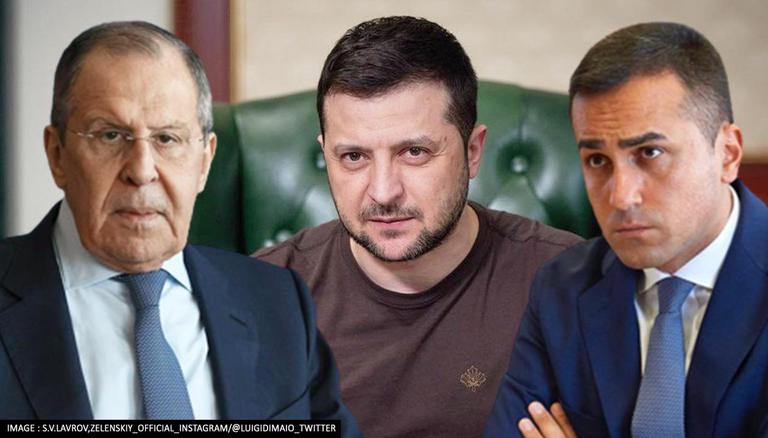 
Amid the ongoing escalating war in Eastern Europe, the Russian Foreign Minister Sergey Lavrov claimed that the country has learnt about Italy's peace plan for Ukraine only through the media. He also termed the plan as "non-serious" and claimed that its proposers have no knowledge of the history of the ongoing crisis in Ukraine. "Italy's Foreign Minister Luigi Di Maio has been so actively infiltrating the media space and is promoting the Italian four-point initiative. We have only read about it. We have read that this is an initiative that can bring the long-awaited peace in Ukraine," Lavrov stated, as per the RIA Novosti reported citing RT Arabic.

According to reports, Italy has presented UN Secretary-General Antonio Guterres with a four-point peace plan to resolve the ongoing war in Ukraine. "We are working with partners and allies, including Ukraine, on a peace plan," the Italian Foreign Ministry's spokesperson said, as per the Wall Street Journal (WSJ). The plan calls for a local truce in order to allow civilians a smooth passage for evacuations, and to create the environment for a broader ceasefire that will lead to long-term peace in Ukraine. "One of the points calls for Crimea and Donbass to be part of Ukraine with broader autonomy. Well, serious politicians who want to achieve results and engaged in self-promotion to their electorate, would never propose such things," Lavrov noted.

According to reports, the first point in the peace plan calls for a ceasefire and demilitarisation of the front lines. The second aspect to consider is that Ukraine would be a neutral state. The third point talks about the bilateral agreement between Russia and Ukraine to define the future of Crimea and the Donbass region. The fourth point calls for a multilateral peace accord between the European Union and Russia, which would entail a phased withdrawal of Russian soldiers from Ukraine as well as the lifting of Western sanctions on Russia, the WSJ reported.

It is pertinent to mention here that the war between Russia and Ukraine continues to intensify unabated and entered its day 92nd on Thursday, May 26. Since the onset of war, the delegations of both countries held several rounds of peace negotiations but they could not yield desired results. Meanwhile, the officials of Russia and Ukraine have stated that the peace negotiations between both countries have stalled as of now.