Russia's space agency head Dmitry Rogozin, on Friday, uploaded a video song on YouTube which he said was “dedicated to Russian army" and "liberating Ukraine". 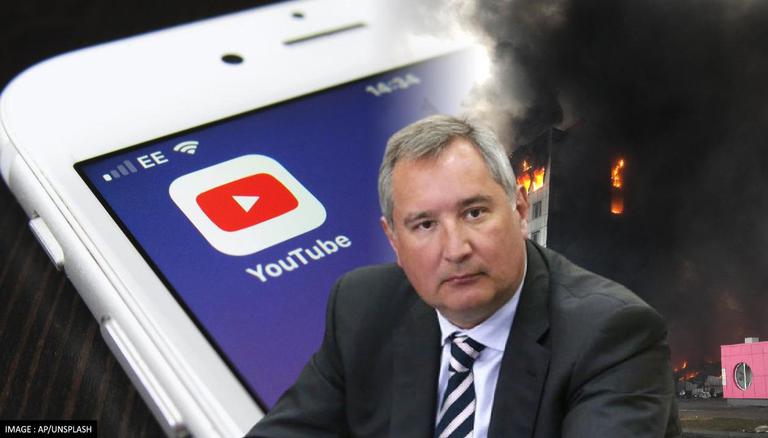 
Russian space agency Roscosmos Director-General Dmitry Rogozin, on Friday, uploaded a video song on YouTube which he said was “dedicated to the Russian army, liberating Ukraine and Europe from the Nazis”. YouTube was quick to crack down on Rogozin’s move as the video has now been removed from the platform citing violation of YouTube’s terms and services. This drew a bitter reaction from the former Deputy Prime Minister who labelled YouTube itself a Nazi. “What a delight: at the request of some Nazi informer and a shortfall, YouTube removed my song "Russian Roads of Ukraine" about the birth of Nazism in Germany, the Nazi attack on the USSR and the complicity of the Bandera Nazis who occupied Soviet Ukraine. YouTube went Nazi”, Rogozin reacted in his tweet.

He even shared multiple clips of the Adolf Hitler-led Nazi Germany leadership and its people depicting its alleged bombings and atrocities on innocent people.

This is not the first instance when Russia has called Volodymyr Zelenskyy-led Ukraine a Nazi state and has ridiculed the Ukrainian President’s leadership by calling it a 'gang of drug addicts and neo-Nazis'. On multiple occasions, Russian President Vladimir Putin has justified his attack on Kyiv saying he wants to “de-nazify” Ukraine. Ever since the war broke out on February 24, Putin and his associates have referred to Ukraine with the same name. In the early days of Russia's invasion, Putin had said, "Right-wing Banderites and neo-Nazis in Ukraine are putting up heavy weapons, including multiple launch rocket systems, right in the central districts of major cities, including Kyiv and Kharkiv".

Ukraine has not backed down from responding as President Zelenskyy, in his recent address to the media, said that there cannot be "denazification" for any agreement with Russia. "When a country that is treading in the footsteps of the Nazi is accusing us of being Nazi - we cannot accept that", Zelenskyy had said. Earlier on Monday, Zelenskyy's advisor had said that Moscow is justifying its attack using false theories about bio-labs and stories of Nazi battalions and the devastating artillery shelling of Donetsk. "All this is an absolute lie, which is rejected by the world watching the war live", he had said.

Russia is persistently trying to legally justify a massive aggression against 🇺🇦: stories about biolaboratories, Nazi battalions, shelling of Donetsk by heavy artillery with thousands of victims. All this is an absolute lie, which is rejected by the world watching the war live.

WE RECOMMEND
China rejects US claims of providing 'military assistance' to Russia in Ukraine
Russia says will open humanitarian corridor for foreign vessels to leave Ukrainian ports
India likely to buy 15 mn barrels of oil from Russia by 2022 end, says Russian official
Russia has not met its objective in Ukraine, can get a big defeat: EU Foreign Affairs Min
Ukraine accuses Moscow of forcibly deporting thousands of civilians to Russia amid war