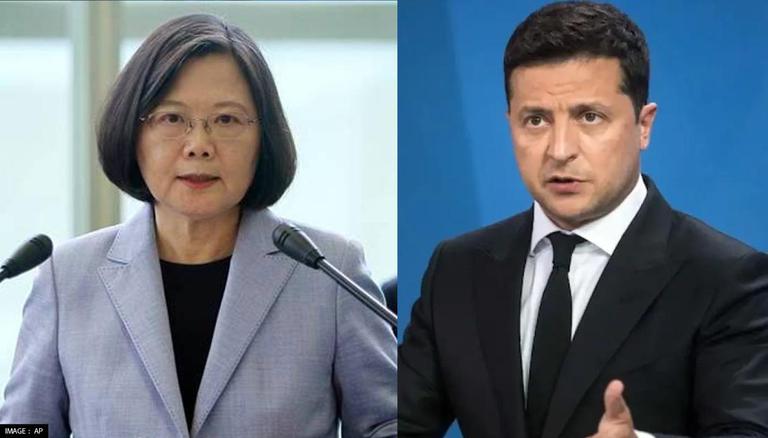 
Taiwan-made Revolver 860 combat drones are reportedly being used by Ukrainian forces amid the ongoing war against Russia. The Revolver 860 Armed VTOL UAVs have been sold to Poland and subsequently sent to Ukraine, Taiwan News reported. The development comes amid the ongoing Russian military offensive in Ukraine which continues for more than 160 days.

A representative for drones manufacturer DronesVision told Taiwan News that the company sends military equipment to Poland and it cannot make a statement regarding where these firms further send the drones and cited the "non-discloser agreements" with its clients. The DronesVision representative made the statement in response to a question regarding 800 Revolver 8660 drones being sent for Ukrainian forces. The company's spokesperson stated that the customers in Poland have purchased all the UAV military equipment.

Furthermore, the representative underscored that the purchase of drones increased shortly after Russian military aggression started on 24 February. The DronesVision representative claimed that the shipments of their products have not been sent directly to Ukraine due to the ongoing war between Moscow and Kyiv, as per the news report. Notably, Taiwan-made Revolver 860 combat drones can carry up to eight 60-millimetre mortar rounds and up to 42 kilograms of payload. The Revolver 860 drones can fly for 20 to 40 minutes based on their weight and the speed of the wind.

Meanwhile, Ukrainian lawmakers on Wednesday, 17 August, set up a cross-parliamentary group to boost ties and trade between Ukraine and Taiwan. Oleksandr Merezhko, head of the Parliament's Committee on Foreign Policy and Interparliamentary Cooperation stated that 15 parliamentarians have joined the group to strengthen trade, economic, humanitarian and other ties between the two nations, Focus Taiwan reported, citing CNA. He expressed gratitude to Taiwan for its assistance to Ukraine amid Russia's military offensive. Oleksandr Merezhko underscored that Ukraine values the decision to impose the sanctions against Russia and providing support to the Ukrainian cities damaged by the Russian military offensive.

READ | China doubles down on its warnings; vows to respond to US army drills in Taiwan Strait

As the war between Russia and Ukraine continues, the Ukrainian Defence Ministry has claimed that around 44700 Russian troops have lost their lives since the onset of the war. The weaponry losses of Russian forces include 266 multiple launch rocket systems (MLRS), 141 anti-aircraft warfare systems, 234 aircraft, 197 helicopters, 3130 vehicles and fuel tankers. In addition, Russia has lost 15 ships or boats, 190 cruise missiles, 795 unmanned aerial vehicles and 94 special units. The Ukrainian Defence Ministry further revealed that the Russian army has faced the loss of 1016 artillery systems and 1899 tanks.