The British Defence Ministry in the latest intelligence update has said that Russia is introducing ruble in occupied Kherson region. Read further. 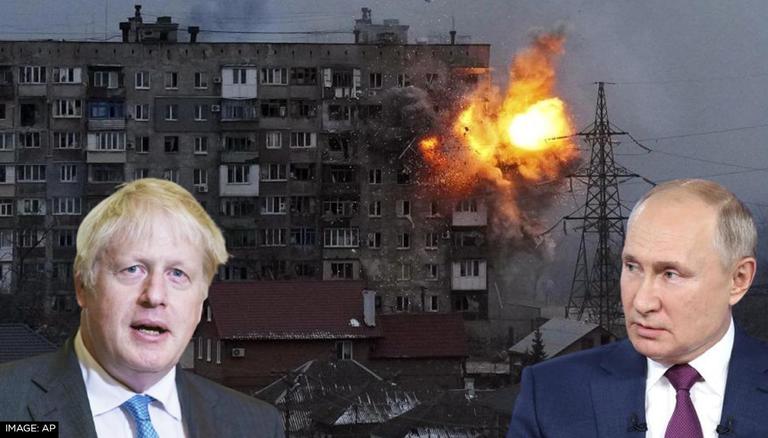 
The British Defence Ministry in the latest intelligence update has said that Russia is introducing the Russian ruble as currency in captured Kherson region. In addition, the ministry has informed that the Russian administration has been employing Russian teachers to introduce Russian curriculum and language in schools. According to the UK Defence Ministry, Russia will "highly likely" show that they have been delivering improved governance and living standard to the Ukrainians.

"In the occupied Kherson region, Russia is forcibly aligning its administration with that of the Russian Federation by introducing the Russian rouble as legal tender and employing Russian teachers to introduce the Russian curriculum and language to schools," the British Defence Ministry said in the update.

According to the UK Defence Ministry, Russian armed forces to attempt "assaults" on Sieverodonetsk from three directions. The Defence Ministry stated that Russian forces continue offensive on the central Donbass sector and remain defensive on its flanks. The British ministry noted that Ukrainian armed forces have been able to achieve some success by counterattacking in the south-western Kherson region. Furthermore, the UK Defence Ministry said that forces of Russia and Ukraine "face similar challenges in maintaining a defensive line while freeing up capable combat units for offensive operations."

READ | Russia slaps sanctions on 61 US nationals, including State officials in tit-for-tat move

It is pertinent to note here that the war between Russia and Ukraine which began on February 24 continues for more than 100 days. Since then, the United Kingdom has been supporting Ukraine with defence and humanitarian assistance. The UK government on Monday, 6 June, announced that Britain will be sending multiple-launch rocket systems (MLRS) to Ukraine. The M270 weapon system can hit a target up to 80km away, according to the news release issued by the British government. In addition, the British government will also deliver M31A1 munitions at scale to Ukraine.

Earlier on June 4, Kirill Stremousov, the deputy head of the Russian appointed military-civilian administration claimed that the Kherson region will become "an integral part of Russia". Stremousov announced that Russian passports have been issued to the people in the region and they will continue to provide more passports to residents, RIA Novosti reported. Stremousov has claimed that around 80% of the Kherson residents want to obtain Russian citizenship. He stressed that no one will be able to halt the integration and added that more people in the Kherson region will become Russian nationals. He announced that he will obtain Russian citizenship along with Vladimir Saldo, Russian appointed head of Ukraine's Kherson territory. As per the news report, Russian TV channels and radio stations have started broadcasting in the occupied parts of Kherson and Zaporizhzhia and work continues to resume trade ties with Crimea.

WE RECOMMEND
Russia asks US to focus on securing press freedom in the country before 'lecturing others'
Russia aims to restart telescope shut down by Germany as protest over Ukraine war
New Zealand announces sanctions against Russia's Gazprom & over 40 entities
US says Russia trying to ship stolen Ukrainian grain to drought hit Africa for 'profit'
Russia slaps sanctions on 61 US nationals, including State officials in tit-for-tat move