Amid the war between Russia and Ukraine, the Britain Defence Ministry said that the Russian ground forces try to encircle Severodonetsk and Lysychansk regions 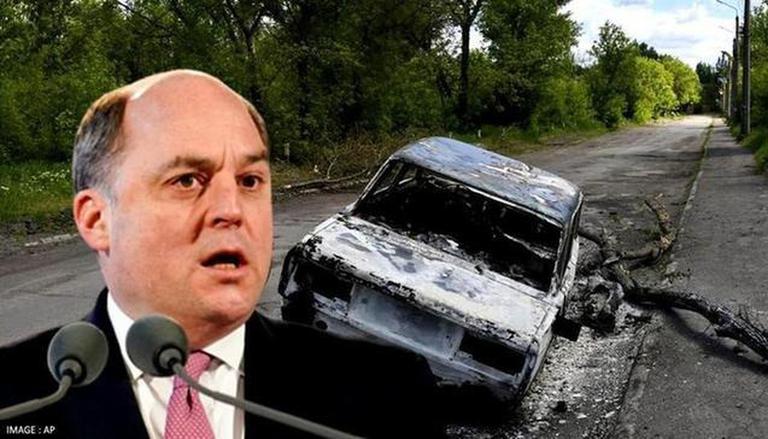 
As the Russia-Ukraine war has reached its 93rd day, the UK Defence Ministry issued the latest intelligence update on Friday, 27 May. The British Defence Ministry said that the Russian ground forces continue trying to encircle Severodonetsk and Lysychansk regions as well as have occupied several villages in north-west Popasna. It further said that Russia's Southern Grouping of Forces (SGF) likely continues to make efforts to occupy southern Ukrainian territory.

According to the intelligence update released by the UK Defence Ministry, Ukrainian troops retain control of multiple defended sectors and do not allow Russian forces to take control of the Donbass. The Defence Ministry said that Russian forces continue to pressurise the Severodonetsk region. It further added, "In recent days, Russia has likely moved 50-year-old T-62 tanks from deep storage into the SGF’s area of responsibility." The intelligence update said that Russia's inclusion of the 50-year-old T-62 tanks in the ongoing war with Ukraine indicates Moscow's shortage of modern and combat-ready equipment. It is to mention here that the war between Russia and Ukraine which started on February 24 continues for more than 90 days. Ukraine has claimed that 29,600 Russian troops have lost their lives since the war commenced on February 24.

Find out more about the UK government's response: https://t.co/8oy0CIaoIP

Ukrainian president Volodymyr Zelenskyy on Thursday, 26 May, in his late-night address, reiterated his plea to the international community to provide weapons, including multiple launch rocket systems to Ukraine. He criticized European Union (EU) members for their delay in imposing the sixth package of sanctions against Russia. He highlighted that the international community has not blocked the Russian banking system even as the war has been going on for so long. He said that the military offensive of the Russian offensive in Donbass can turn the region "uninhabited." According to Zelenskyy, Russian forces seek to "burn" Popasna, Bakhmut, Lyman, Lysychansk and Severodonetsk regions to "ashes" like “Volnovakha and Mariupol.” He accused the Russian armed forces of shelling in Kharkiv which resulted in the death of nine civilians and 19 others were injured. He said that the people who have died due to the Russian shelling include a five-month-old baby.

"The current offensive of the occupiers in Donbas can make the region uninhabited. They want to burn Popasna, Bakhmut, Lyman, Lysychansk and Severodonetsk to ashes like Volnovakha, like Mariupol," Zelenskyy said in his address.