Liz Truss on Friday stated that London "will be watching" all provisions of the agricultural deal signed between Ukraine and Russia are followed by Moscow. 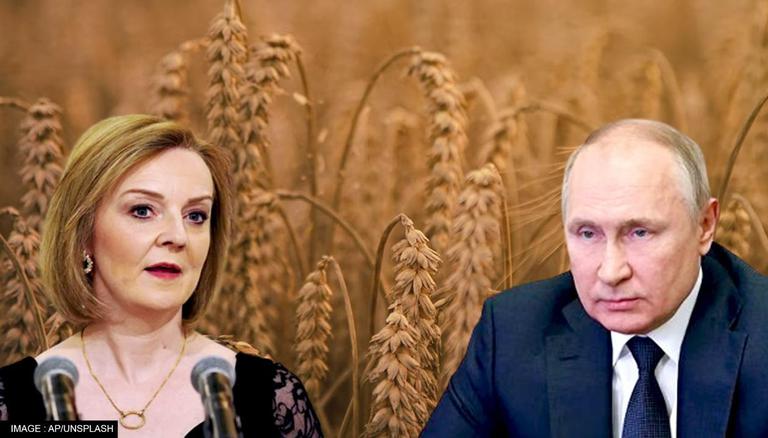 
UK PM candidate and Foreign Secretary Liz Truss on Friday stated that London "will be watching" all provisions of the grain deal signed between Ukraine and Russia are followed by Moscow. She added that Britain lauded Turkey's role in facilitating the successful completion of the talks on grain exports, adding that the transfer of grain from Ukraine is significant to reverse the daunting impact of Russia's war on vulnerable countries.

"We will be watching to ensure Russia's actions match its words...to enable a lasting return to global security and economic stability," Truss said, the Associated Press quoted.

Strengthening her campaign for replacing Borish Johnson to become the third female British PM, Truss yet again slammed Russian President Vladimir Putin's "barbaric" invasion of Ukraine. She noted that the war resulted in "some of the poorest and most vulnerable people in the world...at risk of having nothing to eat." She stressed that Putin "must end the war and withdraw from Ukraine" in order to mitigate the global food insecurity threats in East Europe.

Meanwhile, European Union too welcomed the agreement, describing the deal as a "critical step forward" in efforts to overcome global food insecurity. The High Representative for the EU for Foreign Affairs and Security Policy Josep Borrell, in a statement, said: "Its success will depend on the swift and good faith implementation of grain export agreement," the Associated Press reported.

Red Cross Director-general Robert Mardini too hailed the agreement, saying that "it is nothing short of lifesaving for people across the world who are struggling to feed their families." In a report, the Red Cross noted that the ripple effect of the war spread beyond the Ukraine border, leading to severe food and financial crisis for vulnerable nations. It is pertinent to mention, that Russia and Ukraine are two of the major global grain producers and exports go to most African countries. Owing to dwindling grain exports and destroyed agriculture in Ukraine, leading to an unprecedented fall in production, prices of staple food in Sudan, Syria, Yemen, and Ethiopia increased by 187%, Red Cross said in a report.

UN chief Antonio Guterres, who was present when the deal was signed, dubbed the progress as a "beacon of hope." He added the deal will help mitigate the massive increase in food prices, relieving millions of vulnerable people in impoverished nations. "It is a new turning point that will revive hopes for peace," he said.

After days of palpable negotiations, Russia and Ukraine on Friday finally inked agricultural and fertilizers exports deal brokered by the UN in Turkey. The agreement was signed in the presence of Guterres and Turkish President Recep Tayyip Erdogan. The quantum leap will unblock the shipment of 22 million tons of food grain stuck in Ukraine ports, easing threats of an imminent global food crisis.