The Ukrainian Armed Forces announced on July 30 that Russia had lost 40,670 military troops during its full-scale military invasion of Ukraine. 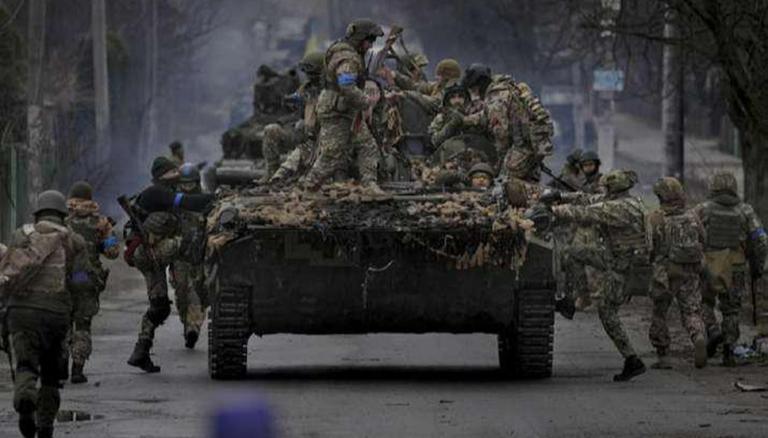 
The Ukrainian Armed Forces announced on July 30 that Russia had lost 40,670 military troops during its full-scale military invasion of Ukraine. The General Staff of the Armed Forces of Ukraine also said on Facebook that the Ukrainian army has killed 170 occupants in the last 24 hours. The occupants sustained their worst losses on the Donetsk front, according to the General Staff.

Russia-Ukraine Blame-Game Over the Prison Bombing

On July 29, both Moscow and Kyiv levelled accusations against one another for bombing a jail in separatist-controlled eastern Ukraine, which resulted in the deaths of numerous Ukrainian POWs. The Azov battalion's detainees were hit by American rockets fired from the Himars system, according to the Russian defence ministry.

While pro-Russian separatist officials in the Donetsk region estimated the death toll at 53, Russian defence ministry alleged that at least 40 Ukrainian POWs were murdered and 84 others were injured in the attack on the Olenivka jail. The Ukrainian army, on the other hand, claimed it "never conducted" strikes on civilian infrastructure or prisoners of war.

Following accusations from one other that the other side was responsible for the attack, Russia and Ukraine have both opened criminal investigations into attacks that are believed to have killed at least 40 Ukrainian POWs being held in a pre-trial detention facility in the village of Olenivka.

Further, Ukrainian officials claimed on July 30 that renewed Russian strikes on Ukraine's frontline killed one person in the country's south and also targeted a school in Kharkiv. According to media reports, the mayor of the southern city of Mykolaiv, which is near to where Ukrainian troops are attempting to conduct a counter-offensive, one person was killed when rockets pounded two residential neighbourhoods overnight.

Six people were injured in the blows, which "broke windows and doors and ruined balconies," according to Oleksandr Sienkevych on Telegram. In the early hours of Saturday, rockets from an S-300 surface-to-air system destroyed part of an educational building in Ukraine's second city of Kharkiv, the local authorities reported. Further, according to the regional governor, Vitaliy Kim, a strike on a bus stop in the city of Mykolaiv resulted in at least five fatalities and seven injuries.

READ | US mulling over designating Russia as state sponsor of terrorism amid ongoing war, says WH