Ukraine Crisis: 25 of the 28 NATO countries have provided military assistance that includes the Soviet-era weapons to modern combat weaponry to Ukraine. 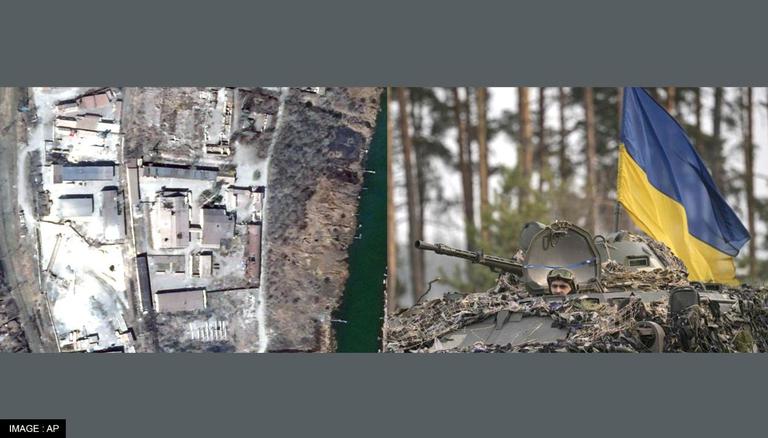 
Ukraine's military forces have been unable to deploy the Western supplied weaponry on the frontlines as the fierce battle continues to rage in the eastern Donbass region. The advanced weaponry supplied by the West is essential for the Ukrainian forces to change the course of the war to their advantage, and in order to make more territorial gains. "But getting them into operation on the front lines is creating serious headaches for Ukraine’s military," the Wall Street Journal reported on July 19.

West weaponry making difference, but from 'deep behind the lines'

The West supplied weapons that include the long-range artillery to compete Russia's firepower are already makinga difference in the war as Ukrainian military has been able to target the key ammunition dumps, air-defense infrastructure and command centers of the invading Russian forces, although from deep behind the lines. There has been a serious challenge for the Ukrainian forces to take the weapons to the frontlines. “The current approach by which each country donates a battery of guns in a piecemeal way is rapidly turning into a logistical nightmare for Ukrainian forces," Royal United Services Institute, a London defense and security think tank told the WSJ. Some of the weapons require separate training, maintenance and logistics pipeline, the think tank added. 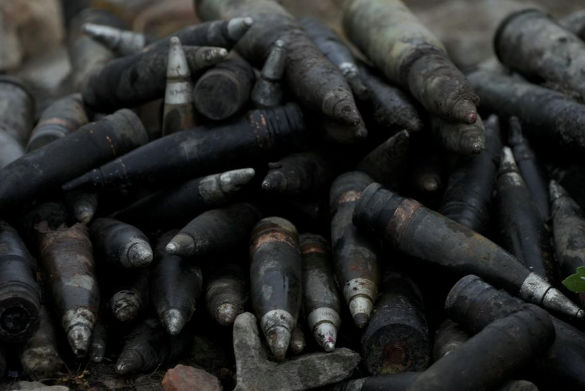 Weaponry lay beside a road near Makariv, on the outskirts of Kyiv. Credit: Associated Press

Australia, Belgium, Canada, Croatia, Czech Republic, Denmark, Estonia, Finland, France, Germany, Greece, Italy, Latvia, Lithuania, Luxembourg, Netherlands, North Macedonia, Norway, Poland, Portugal, Romania, Slovakia, Slovenia, Spain, Sweden, Turkey, the UK and the US are the nations that have sent military assistance to Ukraine to counter Russian aggression. Among the weapons that have been supllied to Ukrainian forces for enhacing their combat readiness include eight M142 HIMARS system, M777 towed howitzers supplied by United States, Australia and Canada, self-propelled howitzers such as the  Caesar from France and the Panzerhaubitze 2000, or PzH 2000, from Germany—as well as the US M109 and the AHS Krab from Poland, sources that include Ukrainian military and intelligence officials told the paper.

READ | US adds Russia to its list of nations engaged in trafficking, recruiting child soldiers 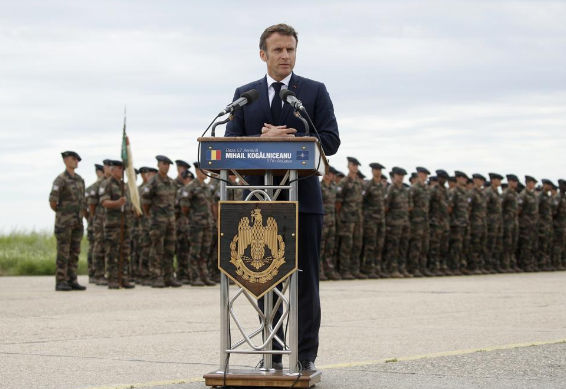 READ | Ukrainian refugees forced to escape to Russia amid war; call it going 'into the mouth of a bear'

As many as twenty-five of the 28 NATO countries have provided military assistance that includes the Soviet-era weapons to modern combat weaponry to Ukraine using the standardization agreements known as Stanags. But the challenge not only remians to deploy these on the frontline quickly, but also lack of training to handle and maintain these Western weapons. “When you transition to non-Soviet-origin platforms you begin to have to deal with a lot of things that were not in play before,” said Scott Boston, a senior defense analyst at Rand Corp told WSJ.

READ | Russia might resort to nuclear threats to prevent counteroffensive from Ukraine: ISW

“None of these systems have that much commonality…Ammunition should be interchangeable, etc. But that’s not the case,” said Jack Watling, a co-author of the report.

While 39-calibre systems and some are 52-calibre have been giving Ukraine an upper hand in the conflict, there aren’t enough pieces to rotate in and out of the front line for maintenance and therefore they have to be withdrawn when they break down, the paper learnt. “There are no spares other than what they have received for the Western equipment," Boston revealed. He continued that the German PzH 2000 also for instance has "specific requirements for loading charges." And while only 12 such platforms, they are limited. But Russia's Defense Minister Sergei Shoigu, expressed concerns about the Western supply of the military equipment as he asked the Russian troops to make "Ukraine’s long-range weaponry a priority target to prevent shelling in parts of eastern Ukraine held by Russian forces."