Ukrainian chief negotiator David Arakhamiya said that Ukraine might resume talks with Russia at the end of August after conducting counterattacks. 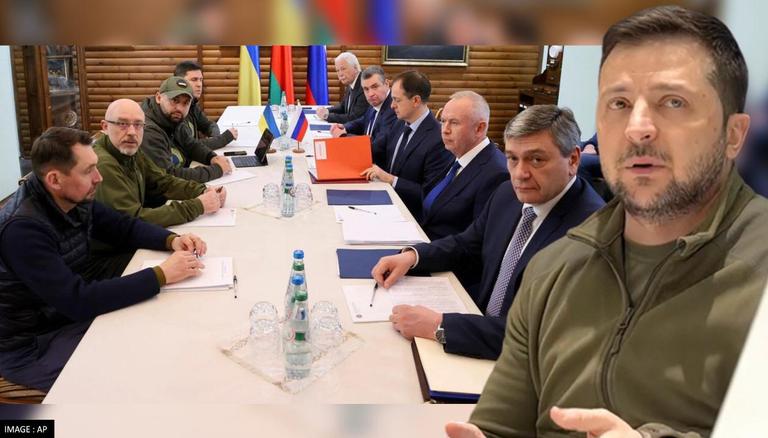 David Arakhamiya highlighted that Ukraine will carry out the operation with counterattacks in different places and did not reveal details. He said that the agreement with Russia can be considered if Ukrainian forces move the Russian troops out of Ukraine.

READ | Russia says Ukraine's borders that 'used to be no longer exist, never will'

Meanwhile, Vladimir Medinsky, head of the Russian delegation at the talks, said that the negotiation between Moscow and Kyiv has been "frozen" by the Ukrainian side. He claimed that 75% of the text was agreed upon by Russia and Ukraine in mid-April and submitted to Kyiv for approval.

READ | Russia to review its draft on security guarantees once conflict in Ukraine ends: Envoy

Vladimir Medinsky stated that Russia has received no response from Ukraine, RT reported. Speaking on the sidelines of SPIEF, he stressed that the Ukrainian government does not work for their national interests, however, it operates "from the position of other countries".

Medinsky said that the leaders of the United States, like the Secretary of the State Department and Pentagon chief as well as other leaders of western nations, did not agree to give Ukraine guarantees international security.

Earlier on 15th June, Russian Foreign Ministry spokesperson, Maria Zakharova said that the peace talks between Russia and Ukraine have been halted by Kyiv on orders "given by their American handlers", TASS reported. Speaking on the sidelines of the St. Petersburg International Economic Forum, Zakharova said that Ukraine needs to speak about "what they did with talks", TASS reported.

She claimed that talks with Russia were halted by Ukraine on the orders from the US handlers and also stressed that Moscow was willing to continue the talks.