Kazakh side expressed "a position on the unacceptability and incompatibility of such statements with the activities of an ambassador of a foreign state." 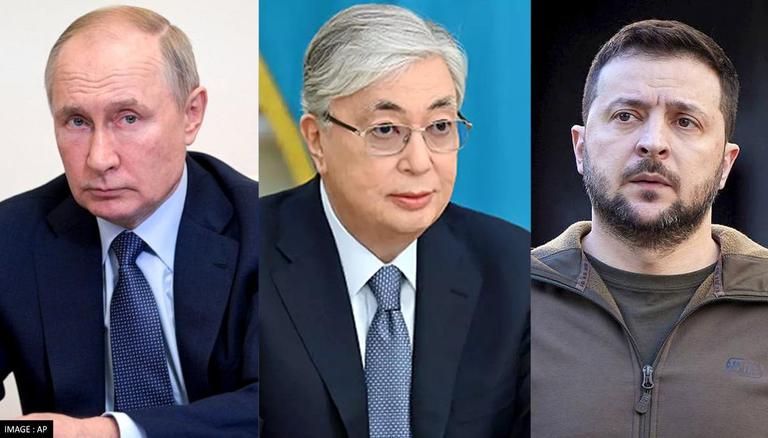 
The Ministry for Foreign Affairs of Kazakhstan on Monday summoned Petro Vrublevskyi, the Ambassador of Ukraine, to register objections to his controversial and "inappropriate" remarks made against the Russians. In an interview on August 21 with Kazakh blogger Dias Kuzairov, Vrublevskyi had said, in particular: "We are trying to kill as many Russians as possible. The more Russians we kill now, the fewer our children will have to kill."

The Ambassador of Ukraine was discussing the ongoing military offensive between Russia and his homeland country Ukraine when he made the remarks that created a widespread backlash among ethnic Russians in Kazakhstan.

On Monday, Petro Vrublevskyi, apologized for making such a provocative statement saying that it was made in a heightened emotional state after he was summoned by Kazakh Foreign Ministry. The Kazakh side expressed a position on the unacceptability and incompatibility of such statements with the activities of an ambassador of a foreign state. "Such actions should not harm friendly relations between the states," Kazakh Foreign Ministry stressed in a statement.

Kazakh Foreign Ministry clarified that Deputy Foreign Minister Ermukhanbet Konuspaev summoned the Ukrainian envoy and lodged a protest over his distasteful comments. "A meeting was held at the Ministry of Foreign Affairs of the Republic of Kazakhstan between Deputy Minister Yermukhambet Konuspayev and Ambassador of Ukraine to the Republic of Kazakhstan Petr Vrublevsky," it announced in a statement.

Kazakhstan, Russia's staunch ally that hasn't yet condemned the Ukraine war, explained that it expressed its position on the unacceptability and incompatibility of such statements with the activities of the ambassador of a foreign state. "Such actions must not damage friendly relations between states," the ministry stressed.

Kazakh ministry took the summon initiative as the Association of Russian, Slavic, and Cossack Organizations of Kazakhstan demanded that the government declares Vrublevskiy a persona non grata. Russia's Investigative Committee, in a separate response, stated that it has launched an investigation into Vrublevskyi's calls for violence against Russians. During the youth ecology forum in Kamchatka on Monday, Russia's president Vladimir Putin underscored the alleged atrocities faced by the Russian speaking ethnic population in Donbass, saying that it is Moscow's "duty" to help the people in the Donbass region that has witnessed violence and bloodshed during the eight long years conflict. "That is what Russia is doing," Putin maintained.