In the absence of immediate global aid to meet food security, there could be "mass death" of vulnerable children Africa, said the UNICEF’s Jamal Abdi Sarman. 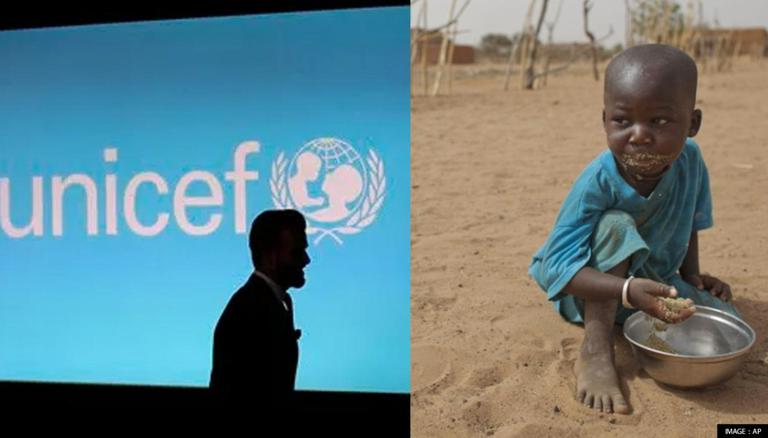 
In the absence of immediate global aid to meet food security, there could be "mass death" of vulnerable children in the Horn of Africa, said the United Nations International Children's Emergency Fund (UNICEF) Communications Officer Jamal Abdi Sarman while speaking to Sky News. The risk of famine is looming in the war-ravaged North African regions, which are already facing sky-high levels of malnutrition among children. In addition, given the massive dent in grain supplies due to the prolonged conflict in Ukraine, the situation is rapidly pacing towards 2011-like famine, Sarman added.

"The statistics are showing that the malnutrition level among children is higher than the 2011 famine," Sarman was quoted as saying by Sky News.

"This potential indicates looming famine in the possible future," he added.

For the unversed, the 2011 famine resulted in over a quarter of million children under the age of five. A total of 3.1 million people were affected by the calamity in Somalia, including the death of over 2 lakh and around 13 million in the Horn of Africa, the UN reported. The famine afflicted the Horn of Africa due to a lot of contributing factors like lack of adequate response during early warnings, problems with dealing with the uncertainty inherent in probabilistic analysis, and more.

The worrisome prediction came after Sky News reportedly came across severely ill children in the parched hinterland of a self-declared republic on the outskirts of Berbera. River beds have dried out in the remote areas, leading villages situated around it to evacuate. The death of livestock due to heat and lack of drinking water has pushed people towards crippling poverty. After four years of dryness, the situation is already worse even if the summer temperatures have not reached their zenith.

Political leaders of the regions like Somaliland were also well versed with the imminent dangers. The regional governor, Ahmed Mohamed told Sky News that the people need the global community to provide help. Four main flour mills in the region have run out of stock after grain exports were halted from Ukraine given the Russian blockade of the Black Sea ports. Somaliland, the governor said, has not received grain shipment for nearly 3 months.

Despite the steadily exacerbating dangers to the life of millions, UNICEF has doubled its emergency appeal to 250 million dollars, Sarman told Sky News, adding "only 20% of that figure has been funded." He flagged declaring a famine in the region is only a matter of time unless the global community intervened.

The ongoing ravaging war in eastern Europe has not only affected Russia and Ukraine but the whole world in some way or the other, causing food crises and disruptions to energy supply chains. The issue arises because Russia and Ukraine are major exporters of some of the world's most important staple foods. The Black Sea region is vital to world food security because of its importance in supplying food, fertilisers, and energy. Russia and Ukraine are key exporters of wheat and maize, as they account for at least 30% of the global supply across the world.

According to the United Nations Conference on Trade and Development (UNCTAD), up to 25 African nations, including many least developed countries, import more than one-third of their wheat from the two warring countries. Ukraine supplies 50% of the grain for the World Food Programme (WFP), which feeds 125 million of the world's poorest people. Now, the war and consequent sanctions on Russia, particularly its banks, have harmed merchants' access to credit. Meanwhile, the cost of insurance has risen significantly. Apart from all these factors, nearly 13.5 million tonnes of wheat are stuck in Ukraine and Russia.