US’ Blinken, Russia’s Lavrov Clash At UNSC Over Ukraine; ‘We Cannot Let Putin..’

"Very international order we've gathered here to uphold is shredded before our eyes. We cannot, we will not let President Putin get away with it," Blinken said. 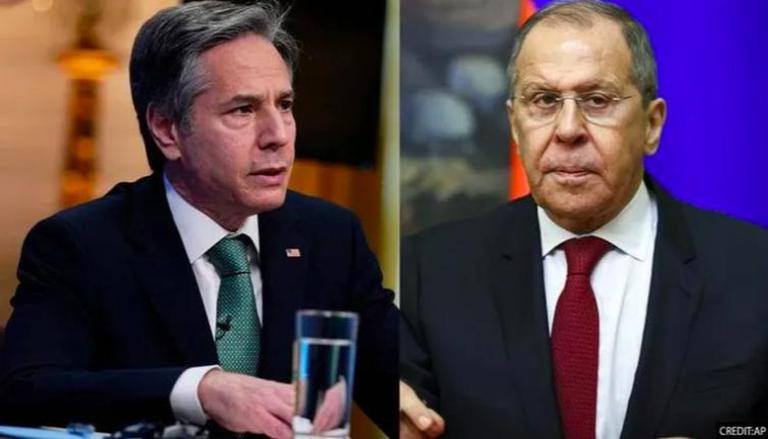 
US Secretary of State Antony Blinken and Russia's foreign minister Sergey Lavrov on Thursday indulged in a heated clash at the United Nations Security Council meeting. Secretary of State Antony Blinken asserted that Russia’s withdrawal from the Ukrainian cities of Izyum was a gory reminder of war crimes in Irpin and Bucha. He toldLavrov that it depicted the "gruesome torture" and brutal killing of Ukrainian civilians by Russia's invading forces and that the crimes cannot be "dismissed as the actions of a few bad actors."

"The very international order we've gathered here to uphold is being shredded before our eyes. We cannot -- we will not -- let President Putin get away with it," Blinken asserted. “Wherever the Russian tide recedes, we discover the horror that’s left in its wake,” he continued.

Russian Foreign Minister Sergei Lavrov refuted the accusations by Blinen, saying that the Ukrainian forces had been killing civilians in the eastern Donbass region “with impunity" and have blamed the Russians. Lavrov lambasted the United States, France and Germany for supplying weaponry to Ukraine and not holding the country accountable for eight years of atrocities. “The Kyiv regime owes its impunity to its Western sponsors,” he said. Ukrainian Foreign Minister Dmytro Kuleba at this point halted Lavrov saying that his not condemning the war crimes made him an accomplice.

“Russian diplomats are directly complicit because their lies incite these crimes and cover them up,” Kuleba asserted. The US Secretary of State was supported by top diplomats from France, Britain, Norway, Albania and Ireland, as well as by UN Secretary-General António Guterres as they condemned Russia for its war crimes. The chief prosecutor of the International Criminal Court, Karim Khan, added that he would dispatch a team of investors to Ukraine in the coming days to probe the allegations.

Biden also asserted at UNGA that Russia "shamelessly" violated the core tenets of the United Nations charter. In his address at the 77th session of the assembly, Biden said, "Just today, President Putin has made overt nuclear threats against Europe and a reckless disregard for the responsibilities of the non-proliferation regime." POTUS also stressed that Russia was now calling for additional troops to join the fight and accused Russia of organising a "sham referendum" to annex parts of Ukraine.