US defence analysts have predicted that the additional artillery could change the course of the war in fear of significant fatalities on both sides. Read on 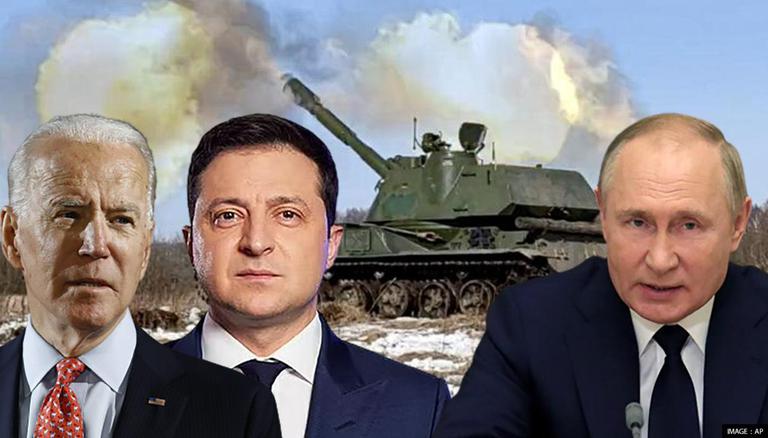 
As the all-out Russian war in Ukraine entered day 68 with the western nations expediting military supplies to Kyiv, US defence analysts have predicted that the additional artillery could change the course of the war in fear of significant fatalities on both sides. According to a report by Washington Post, US officials flagged that the "bloody battle" could douse down if both sides analyse the impact of firing long-range weapons. If fired, the attacks will prove "decisive" in the next phase of the war, US Defense Secretary Lloyd Austin said on Thursday, while speaking alongside his Canadian counterpart Anita Anand.

The Pentagon chief's remarks came as US President Joe Biden's administration is training a small group of Ukrainian troops to operate dozens of 155 mm Howitzer cannons that both Canada and Washington have promised to send to Ukraine. France has also pledged to send self-propelled Caesar Howitzers, which fire from the back of the truck.

The battery of artillery supplies to Ukraine has thwarted Russian forces to "fail" in their attempts to seize key Ukrainian towns, including Kyiv, WP said, citing the experts. However, with the battle gaining momentum in East Ukraine's Donbass region, Kyiv can find itself targeted by the Russian centerpiece arsenal - long-range cannons- that have already left the Ukrainian port city of Mariupol in ruins.

US, its allies bolster artillery supply to Ukraine amid raging war in Donbass

With the Russian invasion now raging for over two months with no immediate signs of cessation, several western nations, including a few that were skeptical, have pledged or delivered weapons to Ukraine. The US alone has sent over $3 billion in military aid and weapons to Ukraine since the invasion began on February 24. On April 21, Biden announced the second tranche of $800 million military aid to Ukraine, in addition to $500 million, which included Howitzers and drones suitable for plain territories like Donbass.

The package also included 1,44,000 rounds of ammunition, a part of the 1,90,000 artillery rounds, and 90 Howitzers to fire them. While announcing the aid package, Biden said "We are in a critical window now of time where they (Russians) are going to set the stage for the next phase of this war."

More than half of the military delivery arrived in Ukraine last Thursday, US officials said under conditions of anonymity, as quoted by WP. Last week, US State Secretary Antony Blinken and Austin embarked on a secretive visit to Kyiv, when they promised another $300 million in military financing to Ukraine, which will allow Ukraine to purchase the weapons deemed necessary to counter Russian aggression. Previous military supplies to Ukraine from the US also included a wide range of equipment, including Javelin anti-tank missiles, and Stinger anti-aircraft missiles which are known for shooting down Soviet planes during the Afghan war.

READ | BJP appeals to Centre over US' Khalistan provocation; 'MEA must closely look into this'

Apart from all of the above, Biden's administration has also proposed a new $33 billion request to Congress for additional aid and funding for "long-range artillery of a heavy caliber," Blinken told reporters last week. However, he did not specify the systems that are under consideration to be sent to Ukraine.

In the meantime, Sweden, Britain, Poland, and Estonia have sent a small number of military hardware to Ukraine. Germany has pledged to send 50 Gepard air-defence tanks and other NATO countries will deliver S-300s. The analysts believe western weapons have played a pivotal role in countering Russian attacks.

READ | US President Biden's visit to Ukraine only a matter of time: Intelligence Committee Chief

While the additional military supplies are expected to accelerate a tactical shift by both sides, experts have flagged that both sides have more or less used similar systems to trade fire on the battlefield. The systems included Smerch multiple-launch rocket systems. "You are trying to find and fix and finish," a retired Marine General George Flynn said, as quoted by WP. He also added it is important for Ukraine to target Russian artillery units after Kremlin demonstrated a willingness to annihilate civilians in Ukraine.