US Imposes Fresh Set Of Sanctions On Russia, Adds Foreign Ministry Spokeswoman In The List

US slapped new sanctions against Russia for its invasion of Ukraine, naming top Russian government figures and corporate leaders with close ties to Putin. 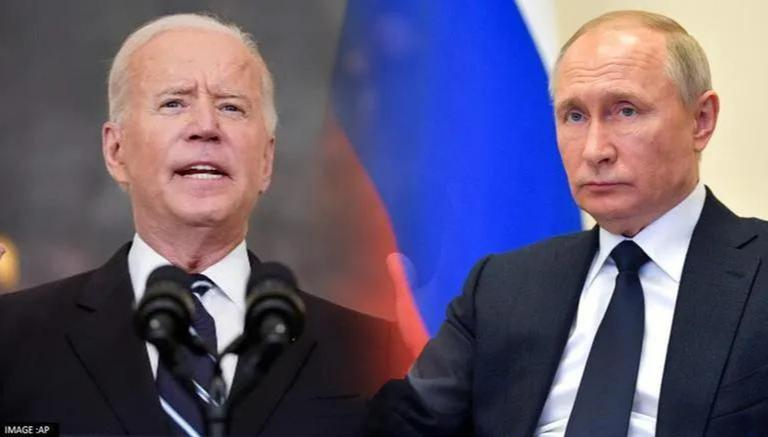 
On Thursday, June 2, the United States slapped new sanctions against Russia for its invasion of Ukraine, naming top Russian government figures and corporate leaders with close ties to President Vladimir Putin as targets. Among individuals mentioned are an oligarch who controls a significant steel industry, a yacht management company, a spokeswoman for the Russia's foreign ministry, and a cellist who the US Treasury believes acts as a middleman for Russian President Vladimir Putin.

US Secretary of State Antony Blinken said in a statement on Thursday said that the US will continue to "to impose severe costs" on Russia. In the latest steps to crack down on people who support Russia, the US state, commerce, and treasury departments each imposed their own additional restrictions, including tighter limitations on the sale of US technology that could aid the Russian military.

The US Treasury's Office of Foreign Assets Control (OFAC) has sanctioned four more megayachts, including the Russian-flagged Graceful and the Cayman Islands-flagged Olympia. According to the Treasury Department, Russian President Vladimir Putin has taken several vacations on boats, including one in the Black Sea with Belarusian President Alexander Lukashenko last year.

It also targeted Maria Zakharova, the Russian Foreign Ministry's spokesperson, as well as Alexey Mordashov, one of Russia's wealthiest billionaires, and his family members and businesses, including one of the country's largest domestic steel factories. Imperial Yachts, a Monaco-based brokerage that allows superyacht owners, including Russian oligarchs, to lease their vessels when they are not in use, was also named on the sanctions' list. It also sanctioned an aviation firm for allegedly participating in a conspiracy to transfer aircraft to an offshore entity in order to dodge sanctions.

Sergei Roldugin, a cellist and conductor already sanctioned by the European Union for his ties to Putin, has been added to the US list of sanctioned individuals. The ruling places a freeze on Roldugin's assets in the United States and prohibits Americans from conducting business with him. Meanwhile, according to a White House fact sheet, the US Department of Commerce put 71 entities from Russia and Belarus to its entity list, thereby cutting off their access to crucial technologies.

WE RECOMMEND
Russia-Ukraine: Putin claims Russia is not blocking Ukrainian grain shipments
Ireland adopts resolution condemning Russia's actions in Ukraine as 'act of genocide'
US General says American hackers conducted offensive operations to support Ukraine: Report
US calls for Serbia to impose sanctions against its ally Russia
US announces $700mn in military aid to Ukraine to reinforce its defence against Russia