As the Russia-Ukraine war reached day 179, the US also intended to provide Excalibur precision-guided artillery munitions in a subsequent shipment 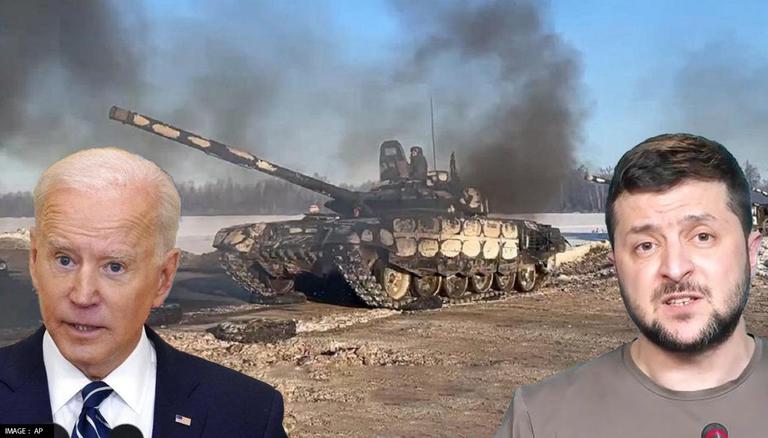 
In a bid to help Ukraine combat the Russian aggression, the United States announced on Friday, August 19 that it will deploy a variety of new weaponry to the war-torn, including new drones, armoured vehicles, and artillery as a part of the $775 million deal. According to a news release from the Department of Defence (DoD), “This authorization is the Biden Administration’s nineteenth drawdown of equipment from DoD inventories for Ukraine since August 2021.” Further, before the DoD statement on Friday, a source with knowledge of the discussions told POLITICO that the US also intended to provide Excalibur precision-guided artillery munitions in a subsequent shipment. Notably, these weapons were not the part of the tranche.

According to the POLITICO report, the ammunition would provide the Ukrainians with a new, precise weapon to take aim at fortified Russian positions and command centres. In addition to this, a source familiar with the discussions around the most recent military aid package said that Ukraine will get M982 Excalibur munitions with a range of up to 70 kilometres "at some point in the future."

Besides this, on Friday, the US revealed for the first time that it will provide Kyiv with Scan Eagle surveillance drones, mine-resistant vehicles, anti-armour ammunition, and howitzer artillery to assist Ukrainian forces in regaining lost ground and mounting a counterattack against Russian invaders.

As per a senior defence official, the fresh $775 million aid package would include 15 Scan Eagles, 40 MRAPs with mine-clearing rollers, and 2,000 anti-armour rounds to support Ukrainian troops as they advance in the south and east, where Russian forces have planted mines, Associated Press reported. The official also said that as the battle continues on, the US wants to assist in forming and equipping the Ukrainian military of the future.

US Secretary of State Antony Blinken stated in a statement that "these capabilities are carefully calibrated to make the most difference on the battlefield and strengthen Ukraine's position at the negotiating table". Since the start of the Biden administration, the US has provided Ukraine with around USD 10.6 billion in military assistance, Associated Press reported.

Despite having previously sent howitzer munitions, the US is now sending 16 of the weapon systems. 1,500 anti-tank missiles, 1,000 javelin missiles, and an unspecified number of high-speed, anti-radiation or HARM missiles that aim at radar systems are also included in the aid package.

In an effort to fend off Russian forces and retake ground that Moscow has taken, Ukrainian forces have had some success deploying various precision artillery weapons. On August 8, the US declared that it is prepared to offer Ukraine financial and military assistance totaling $5.5 billion. The next tranche comprises $4.5 billion in direct assistance from the US Agency for International Development to the Ukrainian government (USAID). Additionally, $1 billion in military aid from the Presidential Drawdown Authority to support Ukraine in its conflict with Russia.