Linda Thomas-Greenfield, the US diplomat to the UN, said Washington supports all efforts made to find a peaceful solution for the prevailing Ukrainian crisis. 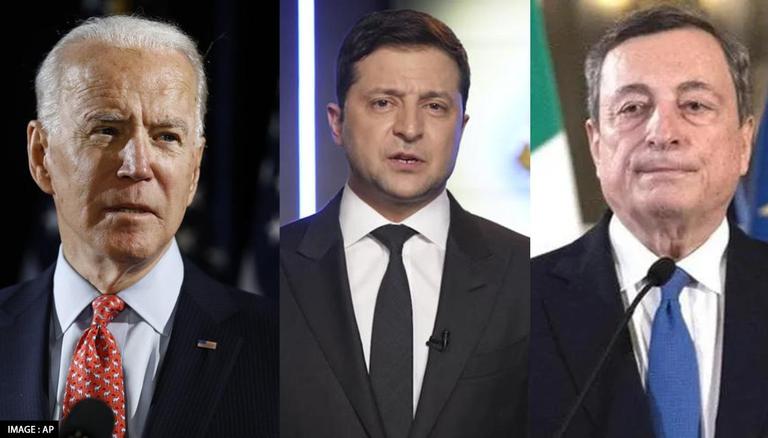 
As the war in Eastern Europe continues to escalate, the United States has extended its support to Italy's peace plan for Ukraine. Addressing a press conference, Linda Thomas-Greenfield, the US Ambassador to the United Nations, stated that Washington supports all efforts made to find a peaceful solution for the prevailing Ukrainian crisis. "We encourage all efforts to achieve a peaceful solution for the Ukrainian people that is acceptable to them. And the Italian initiative is one of those initiatives that we certainly would love to see bring a conclusion to this horrific war and the horrific attacks on the Ukrainian people," she said, according to the US mission to the UN.

According to reports, Italy has presented UN Secretary-General Antonio Guterres with a four-point peace plan to resolve the ongoing battle in Ukraine. The plan calls for a local ceasefire in order to allow civilians a smooth passage for evacuations, and to create the environment for a broader ceasefire that will lead to long-term peace in Ukraine. However, the Russian government has criticised Italy's peace plan, terming it as "non-serious." Earlier on May 26, Russian Foreign Minister Sergey Lavrov claimed that proposers of the said peace plan have no knowledge of the history of the ongoing crisis in Ukraine.

The first point in the peace plan reportedly calls for a ceasefire and demilitarisation of the front lines. The second aspect to consider is that Ukraine would be a neutral state. The third point talks about the bilateral agreement between Russia and Ukraine to define the future of Crimea and the Donbass region. The fourth point calls for a multilateral peace accord between the European Union (EU) and Russia, which would entail a phased withdrawal of Russian forces from Ukraine as well as the lifting of Western sanctions on Russia, the Wall Street Journal reported.

Meanwhile, the US State Department officials stated that the Biden administration is apprehensive about Russian President Vladimir Putin's intention to "institutionalize control" over the Kherson region in war-torn Ukraine. "We remain concerned about steps Russia's taking to attempt to institutionalize control over sovereign Ukrainian territory, particularly in Ukraine's Kherson region," Ned Price, the State Department spokesperson, told reporters, the AP reported. He further stated that Russia's territorial ambitions in Ukraine, as well as its persistent aggression, will continue to be highlighted by the US.