Russian Youtube creators can no longer cash in by posting material on the site as the company has now paused all monetization features amid Russia-Ukraine war. 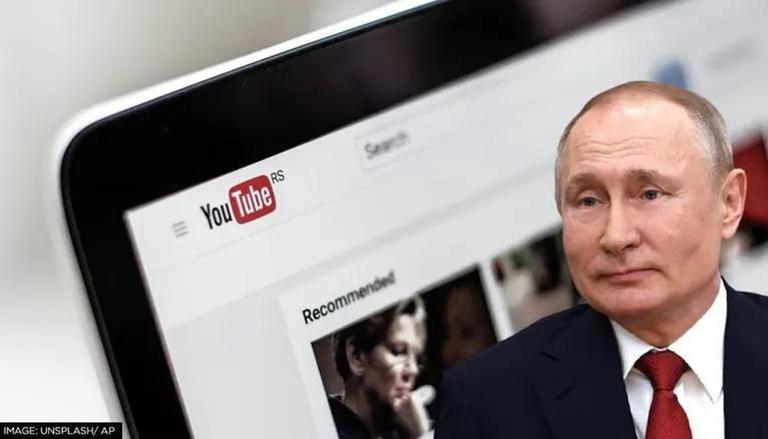 
Russian Youtube creators can no longer cash in by posting material on the site as the company has now paused all monetisation features in the wake of the ongoing conflict between Moscow and Kyiv. This is the second action Google, which owns YouTube, has taken against Russia amid the nation's ongoing invasion of the former Soviet country. Notably, the first ad sales decision came a day after Russia's media regulator demanded Google to block ads on YouTube that contained what it called “false political information” about Ukraine.

In a statement, YouTube said, “We've recently paused all Google and YouTube ads in Russia. We are now extending these measures to all monetization-related features, including YouTube Premium, and Music Premium subscriptions, sponsorships, Super Chat, Super Stickers and Merchandise, for viewers in Russia."

“This means YouTube creators will temporarily stop earning revenue from these features in Russia. These changes do not apply to viewers outside Russia,” it added.

YouTube has turned off all features in #Russia that allowed YouTube channel creators to earn money pic.twitter.com/KUZ3ivUveZ

YouTube said that no ads will appear on Google Search or YouTube in Russia. The company stated that Russian creators won’t be able to monetise on content from viewers in Russia. However, it added that they can still make money from ads and other monetization products shown to users in countries outside of Russia.

Meanwhile, it is to mention that previously YouTube, which is owned by Google, had announced that it was banning state-funded Russian media organisations from running ads or profiting on its platform. Additionally, Google also announced that it has banned the download of the mobile application of the Russian RT channel in Ukraine at the request of Kyiv. On the other hand, Meta said that it was banning Russian state media from running ads or monetising content on Facebook.

The above developments came in response to Moscow launching an offensive on Thursday, 24 February, with a series of airstrikes on Ukraine's cities and its military bases, followed by a ground assault that rolled forces in from several areas in the east. Millions of people have been forced to be internally displaced owing to rampant bombings on residential buildings in the eastern Ukraine region. However, the Kremlin has repeatedly stated that it harboured no plans to occupy Ukrainian territory. Moreover, the Russian Defence Ministry claimed that the special operation targetted only Ukrainian military infrastructure, and the civilian population was not in danger.