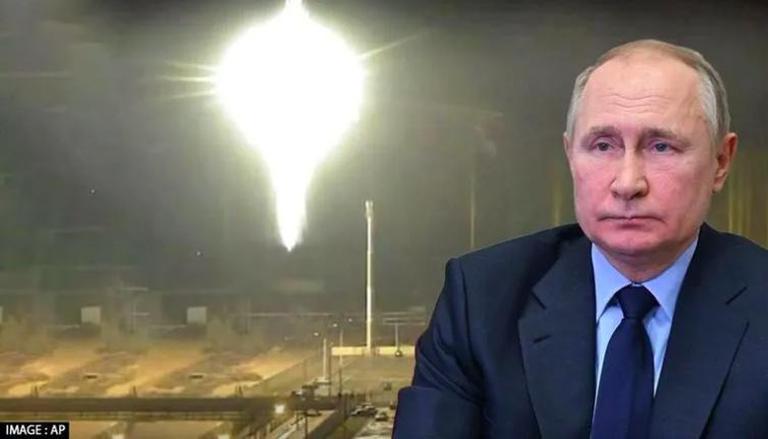 
Ukraine’s state energy operator Energoatom warned on Sunday that while there is a high risk of a radioactive leak at Europe's largest Zaporizhzhia nuclear power plant as shellings by the forces continue, there's now a possibility that the radiation cloud will cover parts of the southwestern regions of the Russian Federation. Analysing the wind forecast on Monday 29 August, Ukraine’s state energy operator stated that the in the event of a severe accident at the Zaporizhzhia NPP, part of the south of Ukraine will also be severely impacted, but it wouldn't spare Moscow as the radiation cloud will drift towards the southeast in the direction of Russia due to the direction of the wind.

Experts of the State Nuclear Regulatory Inspectorate also made similar speculations advising the Russian population to keep iodine prophylaxis handy. The regulator suggested that in case of a radioactive cloud, civilians must use protective means for respiratory organs as the leak could severely damage the lungs. In the potentially dangerous areas, the regulator advised the civilians to stay indoors and avoid open areas, seal and pack food, water, linen, documents and valuables, limit forest use and not violate the ban on hunting and fishing in local water bodies.

Ukraine’s state energy operator Energoatom in a statement blamed Russian forces for shelling Europe’s biggest nuclear facility and said it might lead to the accident. “As a result of periodic shelling, the infrastructure of the station has been damaged, there are risks of hydrogen leakage and sputtering of radioactive substances, and the fire hazard is high,” Energoatom warned. Further, it added, “Due to the presence of the Russian military, their weapons, equipment and explosives at the power plant, there are serious risks for the safe operation” of the nuclear facility." The Russian Defense Ministry has blamed the Ukrainian army for firing at the plant to provoke a retaliatory fire from the Russian troops.

A team of inspectors from the International Atomic Energy Agency is expected to reach the plant as early as next week. Ukrainian President Volodymyr Zelenskyy, meanwhile, warned that the situation around the Zaporizhzhia Nuclear Power Plant remains "precarious and dangerous." "Any actions by Russia that could trigger the shutdown of the reactors will once again put the station one step away from disaster," he reiterated.