In a major development amid the ongoing Russia-Ukraine war, President Volodymyr Zelenskyy fired his state security chief and prosecutor general on Sunday. 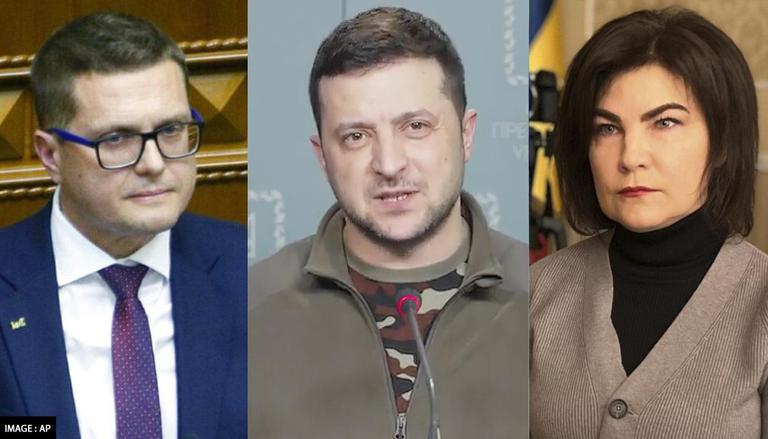 
In a major development amid the ongoing Russia-Ukraine war, President Volodymyr Zelenskyy fired his state security chief and prosecutor general on Sunday. The stern action from Zelenskyy came as he alleged that the officers -- Ivan Bakanov, head of the Security Service of Ukraine and Prosecutor General Iryna Venediktova -- were suspected of treason and working closely with Russians. Among the top officers, the Ukrainian head has also sacked 60 others after they were found indulged in the transfer of secret information to the enemy and other facts of cooperation with the Russian special services.

Notably, Bakanov, a childhood friend and former business partner of Ukraine, was appointed as the head of the SBU (Ukraine’s spy chief) by Zelenskyy and had come under growing criticism over security breaches since the war began. Meanwhile, Prosecutor General Iryna Venediktova, who was appointed in March 2020 as the first woman to hold this office, and had been investigating war crimes, will be replaced by her deputy Oleksiy Symonenko. "Those who joined him as part of a criminal group that worked in the interests of the Russian Federation will also be held accountable. It is about the transfer of secret information to the enemy and other facts of cooperation with the Russian special services," the Ukrainian head said in his signature style of addressing the nation.

According to Zelenskyy, the country has registered at least 651 cases of treason and collaboration activities of employees of prosecutor's offices, pretrial investigation bodies, and other law enforcement agencies in which at least 198 criminal proceedings, and relevant persons were under scrutiny.

During the internal investigation, Zelenskyy claimed more than 60 employees of the prosecutor's office and the Security Service of Ukraine were found working against the country. "Such an array of crimes against the foundations of the national security of the state and the connections detected between the employees of the security forces of Ukraine and the special services of Russia pose very serious questions to the relevant leadership," he stressed. "The appropriate person was selected, and the finalization of this decision depends on the competition commission," he added.

Earlier on July 10, Zelenskyy fired several special envoys, including India, Germany, the Czech Republic, Norway, Nepal, Sri Lanka and Hungary, on Saturday. According to a report by Kyiv Independent, the President neither revealed the reasons behind their sackings nor confirmed whether he would assign new tasks to the ambassadors.