Zelenskyy asserted that granting Ukraine the status of candidate country for EU membership is a contribution to defence in the struggle against Russia. 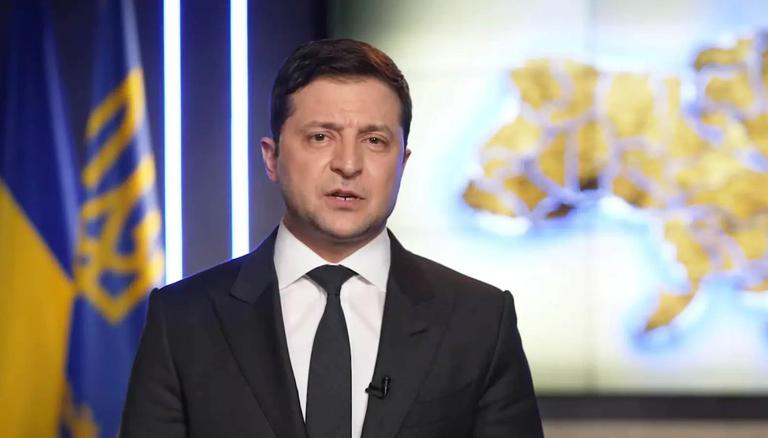 
Ukrainian President Volodymyr Zelenskyy asserted that granting Ukraine the status of candidate country for European Union (EU) membership is a contribution to defense in the struggle against Russia. On June 15, the leader made the statement in a speech to both chambers of the Czech Parliament.

"Ukraine must receive fundamental, valuable support that will finally get rid of Russia's main ideological weapon, namely the assertion that Europe is incapable of real unification and that Ukraine does not need Ukraine," Zelenskyy said, referring to the European Commission's conclusion and EU leaders' decision on Ukraine's membership application.

Giving Ukraine a candidacy right now, the President emphasised, is to demonstrate that European Union is real and that European principles are more than simply words on a page. The Russian military, he claims, is well aware that it is fighting against European principles. On June 17, the European Commission is anticipated to issue its opinion on Ukraine's candidacy. According to Politico, the European Commission intends to recommend in its opinion that Ukraine be designated as a candidate for membership in the European Union.

READ | Germany refutes delay in weapon delivery to Ukraine; says "to be delivered after training"

Zelenskyy further added, "So strengthening European unification and saying 'yes' to Ukraine is also a defense in this war. It will be another historical manifestation of the meaning of the words 'We are with you,' be with us. That is why I ask you to be as active as possible these days, these weeks, so that all European leaders agree that defending and strengthening Europe is our common cause and that no one can make an exception to this principle."

Ukrainian forces have suffered heavy losses in their combat against Russian troops in both the eastern city of Sievierodonetsk and the Kharkiv region, according to President Volodymyr Zelenskyy. He claims that some Russian rockets are escaping defences and inflicting casualties.

Meanwhile, Russian troops hold over 80% of the highly disputed eastern Ukrainian city of Sievierodonetsk and have demolished all three exit bridges, but Ukrainian authorities are still attempting to evacuate the wounded, according to a regional official. From a pre-war population of 100,000, approximately 12,000 people remain in Sievierodonetsk. According to Haidai, more than 500 civilians are taking refuge in the city's Azot chemical plant, which is being repeatedly blasted by the Russians.