The embroidered shirt which was worn by embattled Ukrainian President Volodymyr Zelenskyy on Ukraine's Vyshyvanka Day, May 19, was sold for $100,000 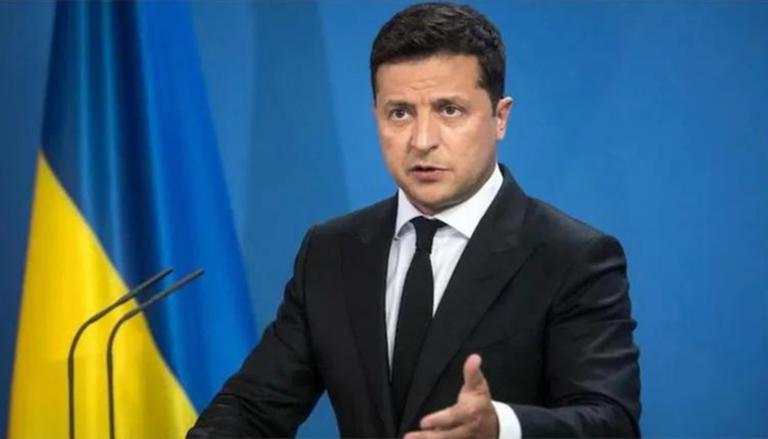 
At a charity auction in the United States capital, Washington, DC, the embroidered shirt which was worn by embattled Ukrainian President Volodymyr Zelenskyy on Ukraine's Vyshyvanka Day, May 19, was sold for $100,000 (or Rs.77lakhs). In a bid to help Ukraine combat Russia’s aggression, the law company Asters USA purchased the presidential embroidered shirt. According to a report from Ukrinform, the auction occurred in the Ukrainian House in Washington as part of the United24 program's presentation.

President Volodymyr Zelensky’s vyshyvanka, a traditional Ukrainian embroidered shirt, was the one he wore for Vyshyvanka Day on May 19.

Further, Oksana Markarova, Ukraine's ambassador to the United States, said, “The United States is the first country to make an official presentation of the United 24 platform. It is symbolic that this presentation is taking place on the 100th day of the Russian war against Ukraine," Ukrinform reported. Ukraine House was a collaborator in this endeavour in the US, she added.

The ambassador also noted that the donations for United 24 are sent through Ukraine House's designated account. She clarified that those who are donating to the platform would be eligible for all tax benefits available in the United States, as long as they follow local laws.

In addition to this, T-shirts autographed by Ukrainian footballers Artem Dovbyk and Andriy Yarmolenko, which they wore during Ukraine's victory match against Scotland on June 1, were also auctioned off at the charity auction, according to the report. A well-known rooster-shaped ceramic jug was even sold off, comparable to the one that was found undamaged on a kitchen shelf of a heavily blasted building in Borodianka, Kyiv area.

On May 17, Ukrainian President Zelenskyy issued a decree establishing the national brand United24 in an effort to bring worldwide partners' support for Ukraine closer together. UNITED24 was founded as the principal platform for collecting charitable donations in aid of Ukraine, according to the newly-launched initiative's website. The website also stated that monies will be paid to the official accounts of the National Bank of Ukraine and distributed by assigned ministries to meet the most pressing needs.

According to a Ukrinform report, a "single window" has been established as part of United24 for charitable contributions from charities, international allies, and people to assist Ukraine in the following categories, such as aid to Ukraine's Armed Forces, humanitarian, medical, and children's assistance, infrastructure reconstruction, and digital and information opposition to Russia's armed aggression.

Meanwhile, on Saturday, Zelenskyy spoke at a UNITED24 charity event in Washington, DC. The event raised $51.3 million for war-affected Ukrainians via auctions. During his virtual presentation, Zelenskyy remarked, "This is one of the ways to prove to Russia that evil won't win".  He then expressed gratitude to everyone who had given to the organisation. "Thanks to your help, your names will forever go down in the history of Ukraine, the history of defending freedom and democracy," the besieged president stated.