Colombia announced a decree that will “modernise” the structure of the police, who have been criticised for the violent repression of anti-government protests. 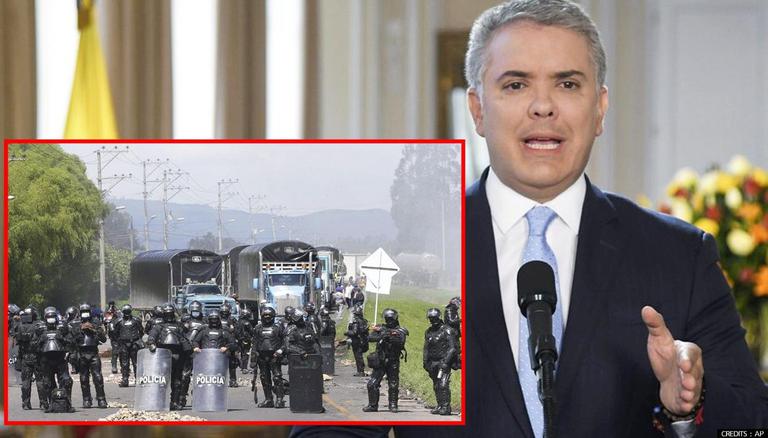 
Colombian President on June 6 announced a decree that will “modernise” the structure of the national police, who have been criticised internationally for the violent repression of anti-government protests. President Ivan Duque said that he ordered the creation of the decree in a bid to “strengthen the policy on human rights”. According to Al Jazeera, Duque added that in the structure the protection, prevention and respect for human rights will be marked because in the national police a directorate of human rights will be created.

While announcing the new plans, the president that the support for human rights should be given all institutional backing “today more than ever”. The law, which will be proposed on the first day of the next legislative session in July, would also create a new complaints system and expanded disciplinary standards for officers, overseen by an independent centre.

Further, the Colombian government is also working on a law to establish legitimate use of force criteria and another to regulate the use and sales of less-lethal weapons. Without specifically yielding to protesters’ demands for police reform, Duque promised a “transformation” of the police, which answers to the defence ministry.

Meanwhile, despite the withdrawal of the proposed tax reforms by the right-wing administration of President Ivan Duque, tens of thousands of Columbians and members of trade unions have continued their violent protests in the streets of Columbia. The tax reforms, contested as hiking financial pressure on low- and middle-income groups, was shelved after widespread opposition and angst from the opposition lawmakers in Columbia and the citizens, many of whom demanded the levelling of sales tax on utilities. However, huge rallies have continued, with protesters expanding their list of demands to include health and educational reforms, among other things – while violence has escalated, especially in the city of Cali.

Protesters continued the marches condemning the Columbia government’s “mishandling” of the COVID-19 pandemic, as they alleged that the withdrawal of the tax proposal “wasn’t enough”. Rallies were held in Columbia’s populous cities including Bogota and Cali, as well as Medellin, Barranquilla, and Cartagena.  In many cities, aggravated protesters clashed with the law enforcement, who used tear gas canisters and stun grenades to disperse the angry mob. The exact death toll linked to the protests remains disputed, but human rights groups say dozens of people have been killed by security forces.