According to Defence Minister Diego Molano Aponte, Colombian officials have reported the seizure of the largest amount of cocaine since the start of the year. 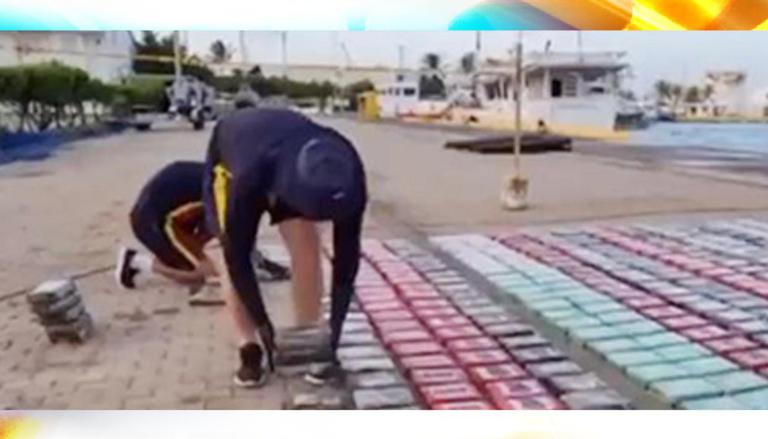 
According to Defence Minister Diego Molano Aponte, Colombian officials have reported the seizure of the largest amount of cocaine since the start of the year. Molano stated on Twitter on Sunday that they have achieved the largest cocaine seizure of the year aboard a 'go fast' boat, more than 2.4 tonnes providing video footage of the operation. During the operation, five people were captured, according to the footage. According to the defence minister, the seizure prevented the "Gulf Clan" or "The Clan del Golfo" from receiving $80 million. The Gulf Clan is considered Colombia's largest criminal gang.

Recently on July 14, Colombian authorities, working with counterparts in Panama and the United States, intercepted cocaine worth $185 million, according to the Andean country's navy. The navy also said that the drugs were discovered after a speedboat ran back into Colombian waters after being spotted by Panamanian officials and was pursued by Colombian coast guard members. Despite decades of combatting drug trafficking, Colombia remains one of the world's leading producers of cocaine, and it is under persistent US pressure to cut cultivation and production of the narcotic, which has long been used to fund Colombia's internal armed struggle.

According to the United Nations, Colombia had 143,000 hectares of illegal coca plantations last year. However, Colombian security forces eradicated 130,000 hectares of coca plantations and seized 505 tonnes of cocaine. Coca cultivation is concentrated in the departments of Putumayo, Caquetá, Meta, Guaviare, Nario, Antioquia, and Vichada, accounting for 0.2 per cent of Colombia's overall GDP and 3% of the agricultural sector's GDP in 2012.

Since the 1970s, four major drug trafficking cartels have dominated Colombia's illegal drug trade Medellin, Cali, Norte del Valle, and North Coast. The commerce eventually gave rise to a new socioeconomic elite and had an impact on Colombian politics. One of the origins of the Colombian conflict is the Colombian government's efforts to reduce the influence of drug-related criminal organisations. The Colombian conflict is a low-intensity war between rival narco paramilitary groups, guerrillas, and drug cartels fighting each other for power and against the Colombian government's efforts to stop them.