COVID-19: Brazil Suspends Use Of 12 Mn China's Sinovac Vaccines Made At Unauthorised Plant

Brazil has imposed a ban on Chinese Sinovac COVID-19 vaccines after learning that Chinese vaccines were made at unauthorised plant. 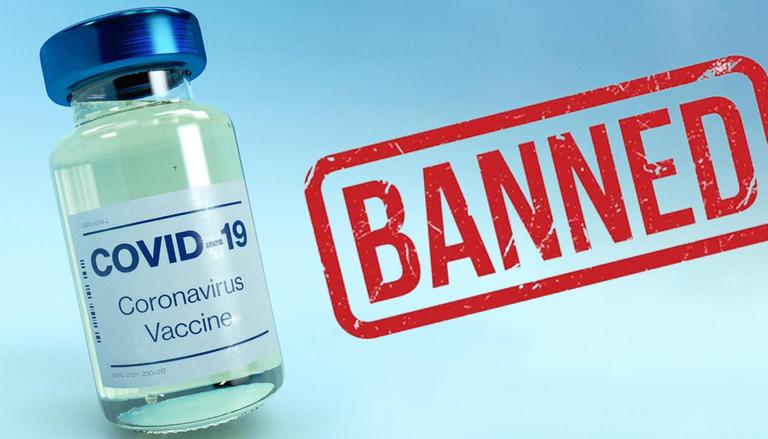 
In a bid to prevent health risks, Brazil has imposed a ban on the distribution of Chinese Sinovac COVID-19 vaccines. This came after Brazil's federal health regulator, Anvisa, found that China's Sinovac vaccines were not inspected, and approved by Anvisa for emergency use and that these vaccines were manufactured in an unauthorised plant. Brazil's health institute suspended more than 12 million shots that have already entered the country, while more than 9 million doses are ready for shipment.

According to a statement issued by the health regulatory body of the Brazilian government, "It has determined the precautionary interdiction of batches of CoronaVac vaccine, prohibiting the distribution and use of batches in the plant not approved by the Authorization for Emergency Use (AUE)". As per media reports, the ban was imposed after a consignment consisting of over 12 million COVID jabs entered the country in 25 batches, while another lot of 9 million doses of the Chinese vaccines were being prepared for shipment.

It is to mention that Brazil's Butantan Institute, which is a biomedical research center, informed the Brazilian health regulatory body about the Sinovac COVID-19 vaccines. Butantan Institute, which has partnered with China's Sinovac Biotech in manufacturing the COVID-19 vaccine, alerted the government health body that the Chinese medical institute is producing the vaccine in an unauthorised plant. Anvisa said it would investigate the matter and inspect the plant during the 90-day ban. While informing the government health body, Butantan mentioned that more doses made at the same manufacturing point were on the way to Brazil. However, Butantan's biomedical center did not reveal the location of the unauthorised plant.

Many Brazilians have already been inoculated against the virus, while several big cities in Brazil have started vaccine booster shots. Although the use of Sinovac vaccines is now suspended, the vast majority of Brazilians are administered the same China-made Sinovac vaccine. Earlier, North Korea had also rejected around three million doses of Chinese Sinvoc vaccines, claiming that the country does not require them and the vaccines should be shipped to countries in greater need, reported the UNICEF.

(With Inputs from ANI)
(IMAGE: Shutterstock/DanielSchludi/Unsplash)