Mexican authorities on Thursday discovered 10 bodies — nine of them hanging from an overpass — in the central state of Zacatecas, AP reported. 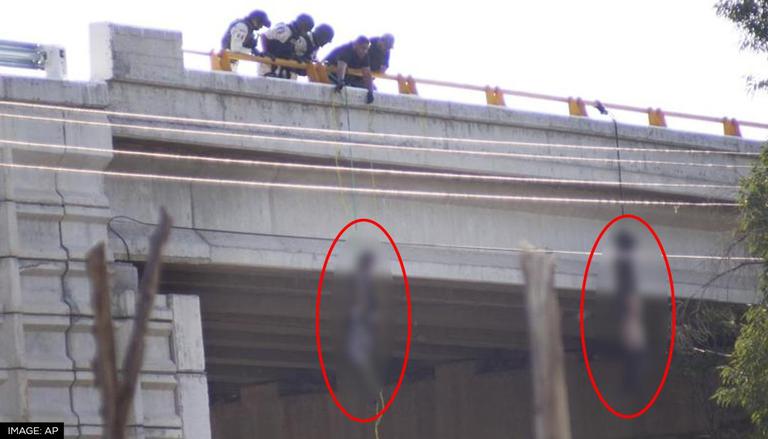 
In a shocking incident, Mexico has witnessed a horrific incident on Thursday morning after 9 out of 10 dead bodies were found hanging with an overpass. According to a report by the Associated Press, Mexican authorities got a call from an unknown passerby about the nine bodies hanging from an overpass in the central state of Zacatecas.

While elaborating about the location where the horrific episode took place, the authorities said that the bodies were found in Ciudad Cuauhtemoc, nearly 340 miles (550 kilometres) north of Mexico City. According to Zacatecas state public safety agency, out of 10 bodies, 9 were found hanging, while the 10th body was lying on the pavement area. The authorities confirmed that all victims were men.

Further, the authorities said that the whole scenario was created as a battle for territory among drug cartels. Notably, the Sinaloa and Jalisco New Generation cartels have been battling for control in the state, which is a key transit point for drugs. As per the safety agency, the drug traffickers have been using the route to transport powerful synthetic pain killer, fentanyl, to the US border.

While speaking to Associated Press, an official, who was not authorised to chat with the media, said that the cartels sometimes execute such public demonstrations of bodies to "mock their opponents" or authorities and "horrify local residents". Besides the Thursday incident, the official noted that this has become a daily routine in the country where drug traffickers murdered their rival group to show their strength.

25,000 murders in the first nine months of the year: Data

Citing federal data, the officer told the Associated Press that Mexico had more than 25,000 murders in the first nine months of the year. However, he noted the number is down by 3.4% compared to the same period a year earlier. On November 15, gunmen in north-central Mexico assaulted a house and killed five family members, including a 14-year-old boy, and wounded an 8-month-old baby.

Police found a handwritten sign with a message making reference to a drug gang. Recently, the authorities announced to deploy a battalion of National Guard troops to its Mayan Riviera in the wake of a spate of shootings. The deployment will cover the establishment of a base in the beach town of Tulum, where two foreign tourists were killed and three wounded in the crossfire between drug dealers.