US, Canada And Mexico Condemn Violence In Brazil

The United States, Canada and Mexico have described the violence by former Brazilian president Jair Bolsonaro's supporters as an attack on democracy and said they stand with Brazil as it safeguards its democratic institutions. 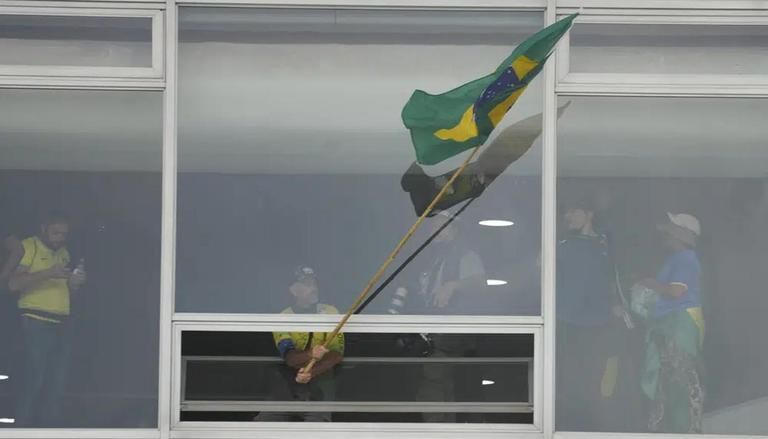 
The United States, Canada and Mexico have described the violence by former Brazilian president Jair Bolsonaro's supporters as an attack on democracy and said they stand with Brazil as it safeguards its democratic institutions.

"Canada, Mexico, and the United States condemn the January 8 attacks on Brazil’s democracy and on the peaceful transfer of power. We stand with Brazil as it safeguards its democratic institutions,” US President Joe Biden, Mexican President Andres Manuel Lopez Obrador, and Canadian Prime Minister Justin Trudeau said in a joint statement issued on Monday.

"Our governments support the free will of the people of Brazil. We look forward to working with President Lula on delivering for our countries, the Western Hemisphere, and beyond,” the leaders who are meeting in Mexico said in the statement.

Later, National Security Advisor Jake Sullivan told reporters in Mexico City that the democratic institutions of Brazil will hold and the will of the people of Brazil will be respected.

The freely-elected leader of Brazil will govern Brazil and will not be deterred or knocked off course by the actions of these people who have assaulted the instruments of governance in Brasília, including the Congress, the presidential palace, and the Supreme Court, he said.

"So, we think Brazilian democracy is resilient, strong, and will come through this,” the top US official said.

In response to a question, Sullivan said the Biden administration has not received any official requests from the Brazilian government regarding the status of former president Bolsonaro.

"We're not, as far as I know, in direct contact with Bolsonaro. So, I cannot speak definitively about his whereabouts. We have not, as of now, received any official requests from the Brazilian government related to Bolsonaro," he said.

"Questions related to visas, as you all know, are the province of the State Department. They are governed by legal modalities. We are careful about not speaking about individual visa cases in public and certainly not from the White House. So, I would have to defer to my colleagues at the State Department on that issue,” he said.

The US has not, as of yet, received any official request from the Brazilian government related to this issue. If and when there is a request, it will be dealt with it, Sullivan said.

"If and when we have any information to provide, we will do it. But I anticipate that that information will end up getting provided by the State Department, not coming from me at the National Security Council or coming from the White House,” he said.

"We will of course respond to those requests as appropriate. The United States and Brazil, we are close partners. We work together day to day on any number of matters and issues. Oftentimes, those are matters of law enforcement," Price said.

Both countries have well-honed processes in place to cooperate where requests are made for information or potentially for action on the part of Brazil to the United States, he said.

In this (Bolsonaro) case, "we have not yet received any requests for information or for action,” Price said in response to a question.