UK Prime Minister Boris Johnson has said that his government will review the purchase of the UK's largest producer of a semiconductor by a Chinese owned firm. 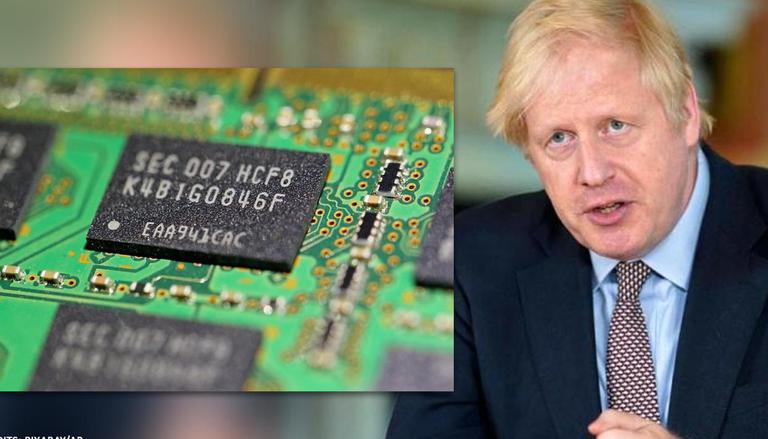 
British Prime Minister Boris Johnson has said that his government will review the purchase of the UK's largest producer of a semiconductor by a Chinese owned manufacturer, just a day after Downing Street said it would not intervene. The announcement comes three days after Chinese-owned semiconductor manufacturer Nexperia announced that it was taking over Newport Wafer Fab. While the deal is not confirmed as yet, it is deemed to give Beijing some control over Britain's electronic production. Previously, Sydney Morning Herald reported that a US$116 million pact was inked between the two firms.

Talking to reporters about the deal, Johnson said that it was “a difficult process”. However, he was cautioned of the imminent xenophobic sentiments. “I do not want an anti-China spirit to lead to us trying to pitchfork away every investment from China into this country. This would be economically foolhardy”. The semiconductor industry has gained geopolitical importance as China has targeted the key technology for the future economy. Beijing has ambitions to corner the global supply chain of semiconductors as silicon-based products are the imperative component of all electronic devices.

Not reviewed under new laws

One major problem with the deal was that it was not reviewed under Britain’s new national security law, which is meant to stop high-risk foreign takeovers of critical infrastructure firms, Sydney News-Herald reported. Later, Tom Tugendhat, chairman of the UK foreign affairs select committee said that the government has to judge where the semiconductors manufactured by Newport Wafer Fab, are of real intellectual property value and interest to China and whether there were real security implications. In addendum, "I think semiconductors are of huge importance to this country, one of the things I wanted to look at immediately was whether we could be more self-reliant. We're thinking about what to do,’ he told reporters.

The Anglo-Chinese ties have worsened in recent times with conflict over a wide range of issues. Earlier today, a group of UK lawmakers asserted that the British government should back a political boycott of the 2022 Winter Olympics in Beijing to pressure the Chinese government over the “genocide” of Uyghurs and other ethnic groups in the northwest province of Xinjiang. China is accused of mass murders and torture of Uyghurs, but it denies all accusations.