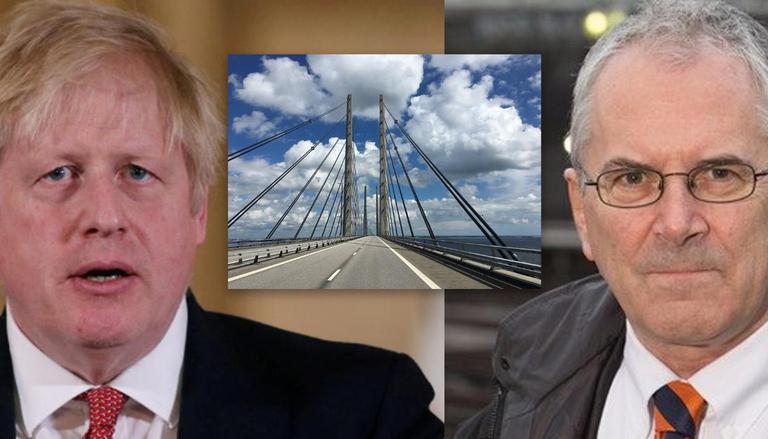 
The ambitious plan of United Kingdom Prime Minister Boris Johnson to build a bridge or tunnel between Scotland and Northern Ireland (NI) has been labelled as "too difficult and expensive" by the government review committee tasked by the PM in June 2020. The committee was expected to assess the improvements to transport links between England, Scotland, Wales, and NI. Concluding that the 21-mile bridge will be 'technically challenging', Sir Peter Hendy, the Network Rail chairman stated told ExpressUK that apart from the natural difficulties, it is very cost-effective.

“That’s not to say it won't become viable at some point in the future, but at the moment it would be very, very difficult and expensive," Hendy told the website.

Further explaining that natural difficulties like depth of the North Channel in the Irish Sea also might impede the progress of developing the sea link, he added, "I said to Boris, I am not going to get any further than finding out whether it is feasible, how long it will take and how much it might cost." It is worth the mention that PM Johnson proposed the idea of the sea link, estimated to cost £20 billion, last September.

As per ExpressUK, the water in the North Channel runs more than 1,000 feet deep in places, making the construction of the largest support towers highly necessary. Additionally, the risk of seabed explosion has also remained a great cynosure of concern as the area was used as an offshore ammunition dump in the Second World War. Last but not the least, strong gales in winter in the region would also leave the bridge-crossing closed for over 100 days in a year. Following the publication of the official review, which will be made public in recent weeks, the Irish sea link is expected to be officially scrapped, ExpressUK confirmed.

Meanwhile, Hendy has recommended alternative ways for boosting connections across the Union. As per his statement to ExpressUK, he suggested that the UK could focus on road and rail links to Wales and Scotland. This comes after in September PM Johnson told reporters that his proposals for the connection remained "ambitious" yet not "most immediate." During his trip to the US, he had also said that the sea link was a plan to be discussed only after the completion of the HS2 rail link, which has been recently pushed back.

READ | UK in plans to ban single-use plastics in England; call for probe into problematic plastic