Boris Johnson's Ouster: How Can UK PM Save Premiership As MPs Bat For No-confidence Vote?

A vote of “no confidence” will be held between 6pm and 8pm today for the ouster of the British Prime Minister, Boris Johnson over policies, and breach of laws. 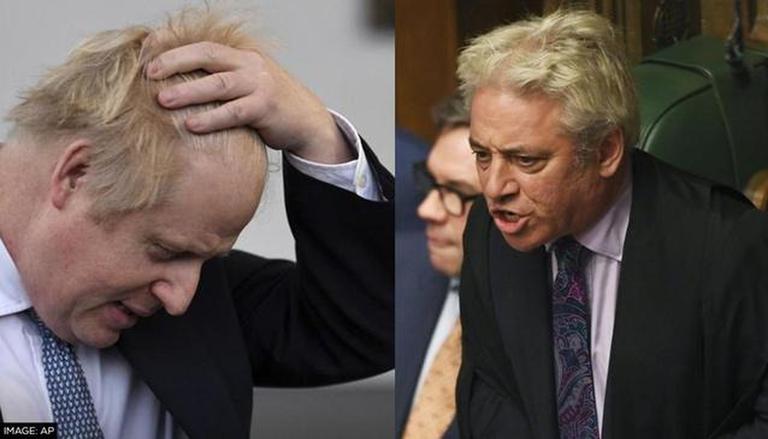 
In what is being labelled as the most lethal blow to his premiership, British Prime Minister Boris Johnson, on June 6, is slated to confront the no-confidence motion triggered by the dozens of Conservative MPs in a dramatic escalation against his COVID-19 ‘partygate scandals.’ Britain’s chair of the 1922 Committee, which represents backbench Tories, on Monday, published a formal announcement, stating that the threshold of 15% of the parliamentary party, seeking a vote of confidence in the Conservative Party leader “has been exceeded,” and is now numbering 54.

A vote of “no confidence” will be held between 6 pm and 8 pm today for the ouster of the British Prime Minister, as more than 30 Tory MPs demand his ‘immediate dismissal’ over misconduct and breach of his own rules during the 2020 COVID lockdown. Graham Brady, Chair of the 1922 Committee, in an official statement released June 6, said that in accordance with the rules, a ballot will be held between 1800 and 2000 today, that will decide the fate of the British Prime Minister’s rule. 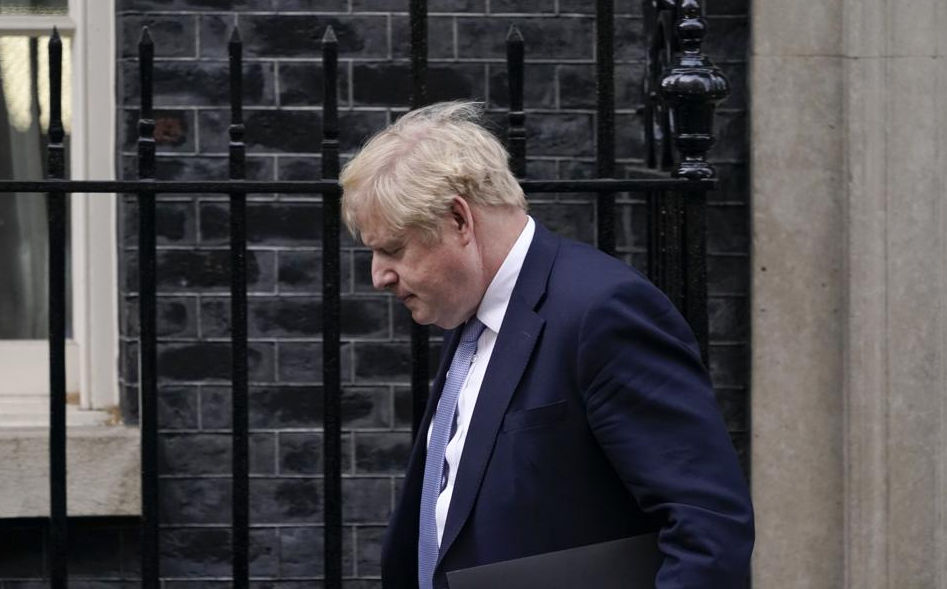 As Boris Johnson faces the angst from British lawmakers, and a no-confidence motion to step down over Sue Gray’s report on lockdown-breaking parties, and other “economically damaging policies,” the question now looms how the British Prime Minister can still manage to safeguard his position despite deepening opposition towards his premiership.

In a political ground shifting, Johnson is being accused of presiding over a “culture of casual lawbreaking” at the Number 10 Downing Street.

Johnson’s longstanding supporter Jesse Norman, a former Treasury minister, published a letter deriding the UK Prime Minister’s leadership as “a charade,” pushing for his vindication. As desperate groups of lawmaker rebels including his own supporters prepare to vote him out, Johnson will need votes of at least 50% of all Tory MPs additionally one extra, totalling the votes in favour balloting to 180 to remain in office.  Even if the British Prime Minister manages to retain his power, “rules can be changed,” says Graham Brady, the chair of the 1922 Committee in the published statement.

“Technically it’s possible for rules to be changed but the rule at present is there would be a period of grace,” according to Graham Brady, the chair of the 1922 Committee.

'Even if Johnson survives the No Confidence vote, rules may still change

Should he survive the no-confidence motion, Boris Johnson cannot be challenged while in office for at least 12 consecutive months, although the senior Tory MPs insist that those policies may shift as was the case in 2018. Johnson’s predecessor Theresa May, who had managed to survive a confidence vote in 2018, was anyhow driven out of office just a year later over thwarted relations with her own party members. British Prime Minister’s longtime supporters, including ex-Treasury Minister Norman, have turned against him and are now demanding that he steps down. In his bitter letter, Norman described Johnson’s breach of COVID-19 protocols as “grotesque”.

Not just the party scandal, the lawmaker criticized Johnson for attempting to unilaterally” rewrite” the Northern Ireland (NI) protocol — during the 2020 Brexit deal. Norman slammed Johnson’s policies as “economically very damaging, politically foolhardy and almost certainly illegal”. Conservative lawmakers have also launched attacks on Johnson for his “divisive policies and his decision last week to endorse another tax hike.”

I have supported Boris Johnson for 15 years, for the London Mayoralty and for PM. Very sadly, I have written to him to say I can no longer do so, for the reasons set out below. pic.twitter.com/0Mjs4hjeSF

Condemnation arose against Johnson’s policy of deporting asylum seekers to Rwanda policy which Norman stated was “ugly, likely to be counterproductive, and of doubtful illegality”. Describing Johnson’s tenure as “grotesque,” abound in the culture of law-breaking, Norman continued that the UK PM was only seeking to “simply campaign, to keep changing the subject and to create political and cultural dividing lines mainly for your advantage.”

Meanwhile, Labour leader Keir Starmer asserted that ousting Johnson is "in the national interest." "I think they’ve got to show some leadership and vote against the Prime Minister," Starmer told LBC radio. "He’s [Boris Johnson] lost the trust of the country, I think that’s pretty clear on all the evidence I’ve seen." Removing the British leader from leadership would be in the national interest, Starmer asserted.

While the Tories pushed to a threshold of 54 letters that confirmed a no-confidence vote against Boris Johnson, an immediate show of support also poured in for the British Prime Minister. UK Prime Minister’s foreign secretary, Liz Truss, a potential contender after Johnson’s dismissal  – tweeted: “The prime minister has my 100% backing in today’s vote and I strongly encourage colleagues to support him. He has apologised for the mistakes made. We must now focus on economic growth.’ Sajid Javid, the health secretary, meanwhile insisted that the UK Prime Minister’s party will “stand and fight his corner.’

I’ll be voting for Boris this evening. The PM got the big decisions right on Brexit and Covid. We need to focus now on defending Ukraine, driving levelling-up and generating growth. We need to move past this moment and unite behind Boris to meet these challenges

The Prime Minister has my 100% backing in today's vote and I strongly encourage colleagues to support him.

He has delivered on covid recovery and supporting Ukraine in the face of Russian aggression. He has apologised for mistakes made.

We must now focus on economic growth.

“If this threshold of 54 letters is reached there will be a confidence vote and in that case there should be. There may well be one,” Javid said in a televised statement on sky news before the confirmation of the vote. Furthermore he stressed,  “If there is, the prime minister will stand and fight his corner with a very, very strong case. So let’s just wait and see what happens.”

From the vaccine rollout to our response to Russian aggression, the PM has shown the strong leadership our country needs.

I am backing him today and will continue to back him as we focus on growing the economy, tackling the cost of living and clearing the Covid backlogs.

British Prime Minister Boris Johnson, in turn, welcomes the opportunity to make his case to MP. In a statement published by Downing Street, Johnson said: “Tonight is a chance to end months of speculation and allow the government to draw a line and move on, delivering on the people’s priorities.” The statement further read: PM welcomes the opportunity to make his case to MPs and will remind them that when they’re united and focused on the issues that matter to voters there is no more formidable political force.”