COP26: Duchess Camilla Can't Get Over Embarrassing Incident With Biden At Glasgow Summit

US President Joe Biden reportedly broke wind "loudly" in front of Camilla Parker Bowles, the Duchess of Cornwall at the COP26 climate summit in Glasgow. 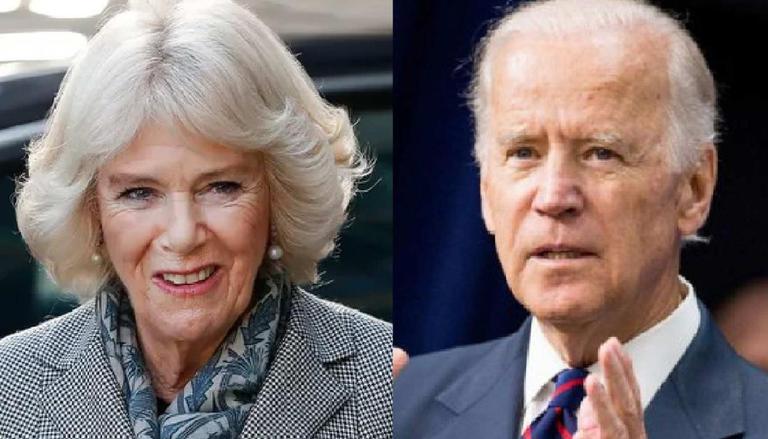 
US President Joe Biden reportedly broke wind "loudly" in front of Camilla Parker Bowles, Duchess of Cornwall at the COP26 climate summit in Glasgow. Since Biden became the President of the United States, the speculation over his public flatulence incident also began. The 78-year-old President has also been caught on camera appearing to fall asleep during critical meetings and other occasions, as per the reports of Daily Mail

The president met the Duchess of Cornwall, who was accompanied by Prince Charles, the Duke and Duchess of Cambridge, and British Prime Minister Boris Johnson, during a reception at the Kelvingrove Art Gallery earlier this week, according to Sputnik. During a small conversation on the sidelines of the conference, Camilla Parker Bowles apparently heard Biden "break wind." According to a source, it was long and loud and impossible to ignore. Camilla hasn't stopped talking about it since she first heard it.

Biden dubbed as "Sleepy Joe" by some

Biden appeared to be nodding off during the opening comments just a few hours before this unsettling incident. According to Sputnik, the president was dubbed as "Sleepy Joe" by some, once he closed his eyes for 22 seconds before being roused by an aide. While listening to human rights activist Eddie Ndopu, Biden couldn't keep his eyes open and closed his eyes. While Biden was almost asleep, Eddie warned that global warming threatened their ability to generate food and even to survive.

Biden has been accused of "breaking wind" before. According to Daily Mail, republicans, notably Donald Trump Jr., shared a video of Biden live-streaming a conversation with Pennsylvania Governor Tom Wolf in May 2020, which contained a suspicious noise. However, another video, which went viral last month and briefly trended on Twitter under the hashtag #Fartgate, was discovered to have been doctored to incorporate fake farts.

On the other hand, at COP26, Biden promised that the US will spend greater resources to combat climate change. UK Prime Minister Boris Johnson praised Biden and said that it is a great breath of fresh air on climate change. Biden has called on world leaders to reduce methane gas emissions by 30% by the end of the decade. According to Daily Mail, the amount of methane produced by cows and other livestock is significant.