'In No Rush' To Recognise Taliban 'government', US To Wait For Afghanistan's Neighbours

White House Press Secretary Jen Psaki on September 7 said that the US is not rushing to recognise the newly announced government formed by the Taliban. 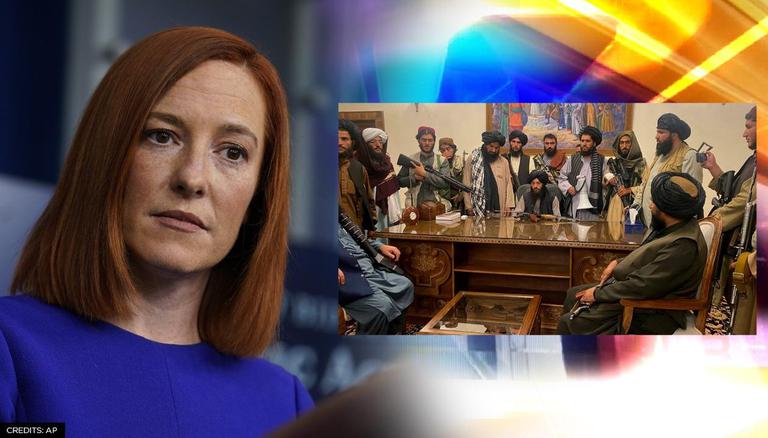 
White House Press Secretary Jen Psaki on September 7 said that the US is not rushing to recognise the newly announced government formed by the Taliban. While speaking at a press briefing, Psaki said that the decision to recognise the Taliban government will be based on the actions of the groups. Her comments come after the insurgent group announced that the new Afghan cabinet will be headed by Mullah Mohammad Hasan Akhund and Mullah Abdul Ghani Baradar will be his deputy.

"There is no rush to recognition [of the Taliban]. It is really going to be dependent on what steps the Taliban takes. The world will be watching, the United States included", Psaki said.

She added, “I don't have a timeline for you. It depends on what behaviour they exhibit on the ground”.

READ | 'Afghan women not the same as back in 1990s, we will resist Taliban', says Activist Sarabi

Meanwhile, China, Russia, Pakistan, Iran and Qatar have shown an inclination towards recognising the new interim government in Kabul by the Taliban. The insurgent group, on the other hand, announced that the new regime will now be led by Mullah Mohammad Hasan Akhund, the head of the Taliban's powerful decision-making body 'Rehbari Shura'. Spokesperson Zabihullah Mujahid informed Sirajuddin Haqqani has been appointed as interior minister. Mohammad Yaqoob, the eldest son of the Taliban founder Mohammad Omar has been named as Minister of Defense.

The spokesperson added that the Taliban is now working on making the government more inclusive and it will soon announce all the ministries. “We will announce all the ministries, we are working on that, we are trying to include people from all parts of the country in the government,” Mujahid said. He announced a total of 33 names who will be holding various portfolios.