On Wednesday, July 28, India sent a 250kg shipment of Bhut Jolokia to London, UK. Nagaland has exported the hottest chilli in the world, Bhut Jolokia. 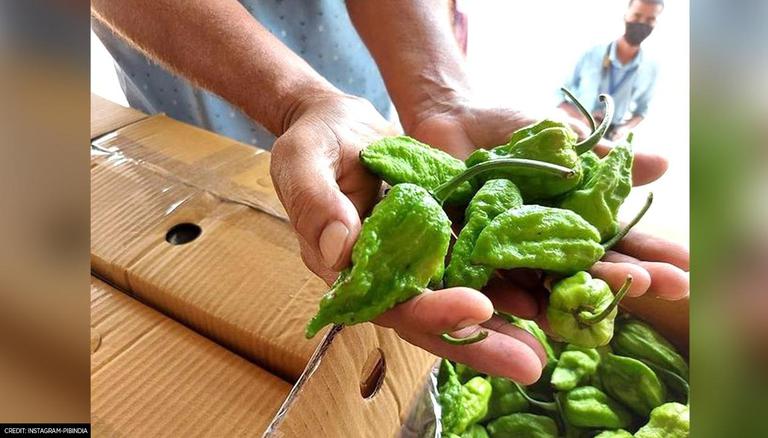 
On Wednesday, July 28, India sent a 250kg shipment of Bhut Jolokia to London, UK. Nagaland has exported the hottest chilli in the world, Bhut Jolokia, for the first time to London. "This is a major boost for exports of Geographical Indications (GI) products from the north-eastern region," according to the Press Information Bureau. Also known as "Raja Mircha" or Nagaland's King Chilli, Bhut Jolokia got its GI certification in the year 2008. A few chillies were exported to London via Guwahati this morning, as documented by the Press Information Bureau on Instagram.

"India's hottest chilies, #BhutJolokia make their way to #London," PIB wrote in the caption accompanying the pictures, which show boxes of the chilies getting ready to be shipped.

Sourced from Tening, 250kg consignment then shipped to London

GI certification is an intellectual property right secured by the creation and sale of products representing distinct cultures and geographies. The Airports Authority of India confirmed that Bhut Jolokia (ghost pepper) was transported to London on an Air India flight from Guwahati, Assam. An APEDA-supported packhouse in Guwahati packed the 250 kg consignment of king chilies, which was sourced from Tening, a village in Peren district, Nagaland.

India's hottest chilies, Bhut Jolokia make their way to London.Yesterday, a consignment of 250kgs of Naga Chili, procured from Nagaland was flagged off for the first time from Guwahati @aaigauairport Cargo Complex with all Plant quarantine clearance to London through @airindiain. pic.twitter.com/OpkzKziXmO

Scoville Heat Units (SHU) determine the world's hottest chili, according to a statement from the Press Information Bureau. It was difficult to export Bhut Jolokia because of its perishable nature. In order to facilitate exports, APEDA, the country's top agricultural export promotion agency, worked with the Nagaland State Agricultural Marketing Board (NSAMAB).