“Julian is struggling and I fear this mini-stroke could be precursor to a more major attack, compounds our fears about his ability to survive," his fiancee said 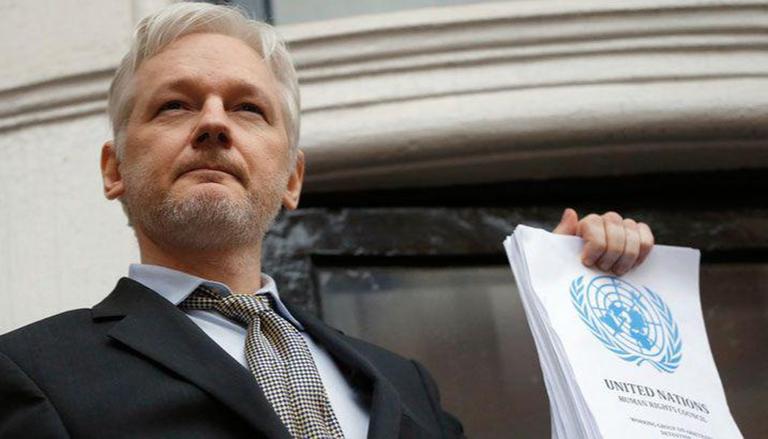 
WikeLeaks’ 50-year-old founder Julian Assange held at the high-security Belmarsh Prison in the UK has suffered a stroke resulting in drooping right eyelid, memory lapse, and other neurological damages as he battled to avoid being extradited to the US after the British appellate court’s ruling. According to the reports, Assange suffered a stroke as he appeared with the jurors of the High Court via video link in October for his hearing. Assange has been struggling with stress, UK’s leading news outlets quoted his fiancee Stella Moris as saying. She further informed that Julian Assange had been on anti-stroke medication, and had an MRI scan while held in the prison as his health had been on the decline.

“Julian is struggling and I fear this mini-stroke could be the precursor to a more major attack. It compounds our fears about his ability to survive the longer this long legal battle goes on,” Moris told UK’s Mail.  "It urgently needs to be resolved. Look at animals trapped in cages in a zoo. It cuts their life short. That's what's happening to Julian. The never-ending court cases are extremely stressful mentally,” she reportedly added.

WikiLeaks’ boss had previously complained of hearing imaginary voices and music while in a high-security British detention cell. His lawyers had argued that he would be at a "very high" suicide risk if he were extradited to the United States for classified data and military secrets on the platform. Reports also stated that Julian Assange’s psychiatrist, Michael Kopelman, who interviewed him at least 20 times, confirmed the decline in his mental state, adding that he was suicidal and suffering from "severe depression" and "psychotic symptoms.” Kopelman had reportedly told the Old Bailey court in central London that the WikiLeaks founder was seriously ill and heard voices: "You are dust, you are dead, we are coming to get you”. The extradition to the US will trigger his suicidal attempt, the doctor argued, also stressing that the former will "deteriorate substantially.”

A British appellate court on Friday directed a lower court judge to send the request for the WikiLeaks founder Julian Assange to be extradited to the US, to UK Home Secretary Priti Patel in a ruling that the Amnesty International and press freedom advocates called ‘travesty of justice’. The UK High Court granted an appeal made by the US government after a lower court judge halted Assange’s extradition on mental health grounds earlier in January. Judges in their verdict ruled that they received reassurance from the US to reduce the risk of suicide for Assange. If extradited, Julian Assange will be sent on trial for espionage charges in the US for conspiracy to hack and misuse computers and several other charges under the controversial Espionage Act. The final decision lies in UK's Home Secretary Priti Patel’s hands.