Britain's Chancellor of the Exchequer, Kwasi Kwarteng, has been sacked three weeks after his mini-budget unleashed chaos in the economy. 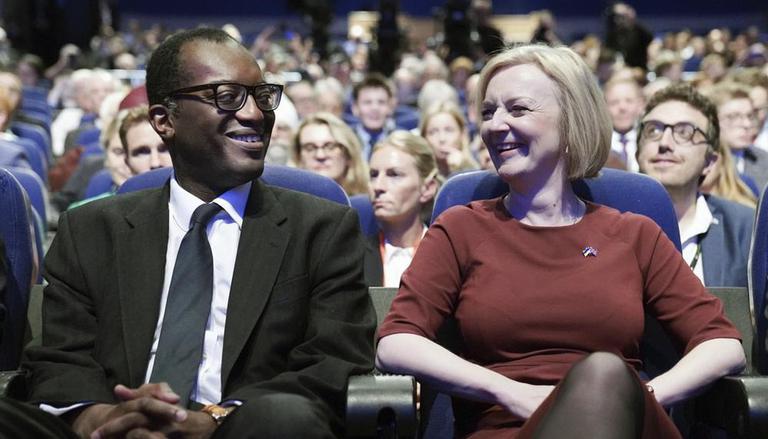 
Britain's Chancellor of the Exchequer, Kwasi Kwarteng, has been sacked three weeks after his mini-budget unleashed chaos in the economy. He was appointed to the role by UK PM Liz Truss only six weeks ago.

Kwasi Kwarteng is no longer chancellor of the exchequer, reported the BBC. The development paves the way for UK's fourth finance minister to take Kwarteng’s place.

After he was sacked, Kwarteng issued a statement in which he stated that the UK government was facing an "incredibly difficult" situation "with rising global interest rates and energy prices." He even admitted that "the economic environment has changed rapidly since we set out the Growth Plan on 23 September." The former chancellor further stated that the Britain had been “dogged by low growth rates and high taxation” which he suggested must “still change if this country is to succeed.”

The Conservative party back benches had pushed ahead with the tax cuts without cutting public spending following mutinous plotting and turmoil in the economic markets, in an attempt to allow borrowing to rise over the next few years.

The downfall of the UK’s Finance Minister was set in motion after he announced £45 billion in unfunded tax cuts through a mini-budget on 23 September. Kwarteng’s mini-budget pushed the pound to a record low in comparison to the US Dollar.

Meanwhile, UK Prime Minister Liz Truss and Kwasi Kwarteng mulled the blame of economic turbulence, which is being experienced by the UK, on the ongoing war between Russia and Ukraine while additionally citing the post-pandemic recovery.

The Bill to cancel the Health & Social Care Levy has just concluded its passage through the @HouseofCommons.

We’re cutting tax for businesses and people across the country from 6 November.

All part of our Growth Plan. pic.twitter.com/lLi2dpU6vR

However, following last week’s open revolt by the members of Liz’s own party and a record surge for Labour in the polls, the UK Prime Minister announced the first major reversal of mini-budget policies when she backtracked on scrapping the top rate of income tax.

It is to mention that Kwarteng’s sacking has made him the shortest-serving Chancellor of the Exchequer since 1970 after Iain Macleod.