The V2 rockets were feared by enemies of the Germans as they were supersonic weapons that travelled at an immense speed with less noise. 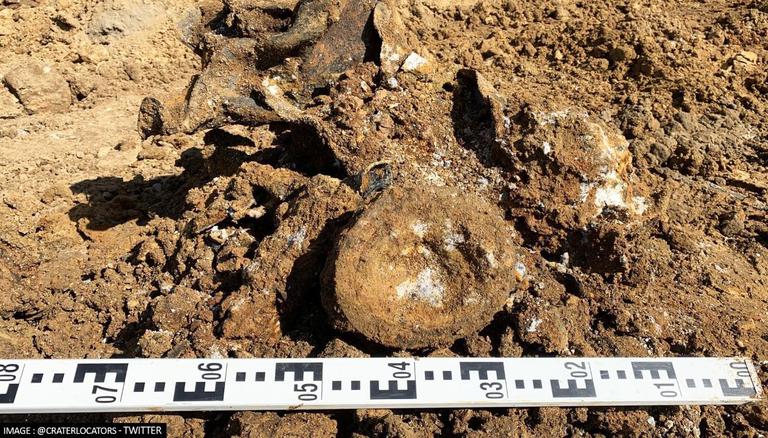 
Conflict archaeologists Colin and Sean Welch, who are also siblings, have recently unearthed a World War II-era supersonic V2 rocket from a village named Platt near Maidstone in South East England. Experts have identified it as the property of Nazi Germany, which was infamous for using "vengeance weapons". A report by Live Science suggested that the rocket must have missed its target as it crashed and exploded.

The sixth evacuation by the Welch brothers

Also known by the name Crater locators, the Welch brothers have marked their sixth major evacuation of a V2 site. In their latest discovery, the archaeologists have dug out over 800 kilograms of metal debris. They estimate the timing of the explosion to be around midnight of February 14, 1945, which left large fragments of the rocket's combustion chamber.

In their interview with Live Science, the archaeologists revealed that the site, which is now farmland, used to be an orchard but no one was hurt when it exploded as it was far from any residential area. After four days of evacuation procedures, the experts will reportedly spend 18 months conserving the remains of the rocket before preparing any archival report.

The Welch brothers have a pretty impressive portfolio as they have also discovered several V1 bombs that the Nazis used to fire from catapults in Nazi-occupied France.

The V2 rockets were feared by enemies of the Germans as they were supersonic weapons that travelled at an immense speed with less noise which made them hard to intercept. It is said that these supersonic weapons, fired by the German military, used to climb an altitude of 80 kilometres and could reach speeds of up to 5,600 km/h.

Where the V2 rockets were highly sophisticated, V1 rockets, on the other hand,  were considered cheaper and more effective. However, they were also given the names “buzz bombs” owing to the sound their pulse-jet engines made after being fired.

Talking further about their discoveries, the Welch brothers stated that a few V2 rockets must have fallen short near England because they were targeted at night when targeting got more difficult.