A 35-year-old Indian-origin Sikh man was among the eight people who were killed in a shooting incident at a rail yard in California, US. 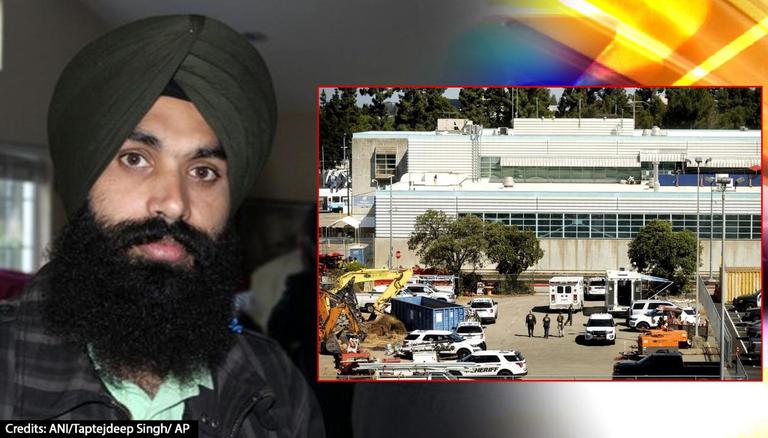 
A 35-year-old Indian-origin Sikh man was among the eight people who were killed in a shooting incident at a rail yard in California, US. According to ANI, Taptejdeep Singh hailed from Punjab’s Tarn Taran city and he was raised in Union City, California. He has left behind his wife, three-year-old son, one-year-old daughter and his parents.

While speaking to the news agency, Taptejdeep’s cousin, Jagminder Singh said that the news of his death has had come as a shock to them. The Sikh community in San Francisco Bay Area, on the other hand, described him as a “helpful and caring” man. His co-workers at the Valley Transportation Authority (VTA) further hailed Taptejdeep as a hero and said that he left the safety of an office room, where some colleagues were hiding, to help others escape the line of fire.

American Gurdwara Parbandhak Committee (AGPC) coordinator Dr Pritpal Singh, said, “We are saddened and shocked to hear about Taptejdeep. This is a sad day for the Sikh community. We are making sure we support his family at this tough time. This is so shocking because it happened at a workplace, so I urge the administration and workplaces to make sure that workplaces are safe and the mental health of the workers are addressed time and again”.

Mercury News reported that Taptejdeep was a light rail operator at the VTA for nine years. He worked at a separate building from where most of the other victims were found. He was fatally shot in the stairwell of a VTA building, the report informed.

At least eight people were killed on Wednesday during the shooting at a rail yard in San Jose, California. Samuel Cassidy, a 57-year-old maintenance worker of the VTA, gunned down eight of his co-workers and critically injured another in one of the deadliest shootings in California state this year. As police arrived at the scene, Cassidy had died of a self-inflicted gunshot.

The other victims of the shooting were identified as Paul Delacruz Megia (42), Adrian Balleza (29), Jose Dejesus Hernandez (35), Timothy Michael Romo (49), Michael Joseph Rudometkin (40), Abdolvahab Alaghmandan (63), and Lars Kepler Lane (63). Their jobs included bus and light rail operators, mechanics, linemen and assistant superintendent. The bloodshed comes amid a rise in mass killings after the pandemic had closed many public places and kept people confined to their homes last year.

READ | Killer of 8 in California had talked of workplace attacks
First Published: 27th May, 2021 18:29 IST
SUBSCRIBE TO US

WE RECOMMEND
Killer of 8 in California had talked of workplace attacks
Indian-origin Sikh man among 8 killed in rail yard shooting in California
California to fully reopen on June 15 amid drop in COVID-19 cases
California fire that killed 2 people was started 'deliberately' to cover up murder: Police
Endangered California condors invade a woman's home, netizens says 'scary but funny'