In the aftermath of the shooting of Black Lives Matter activist Sasha Johnson, police charged an 18-year-old Cameron Deriggs with conspiracy to murder. 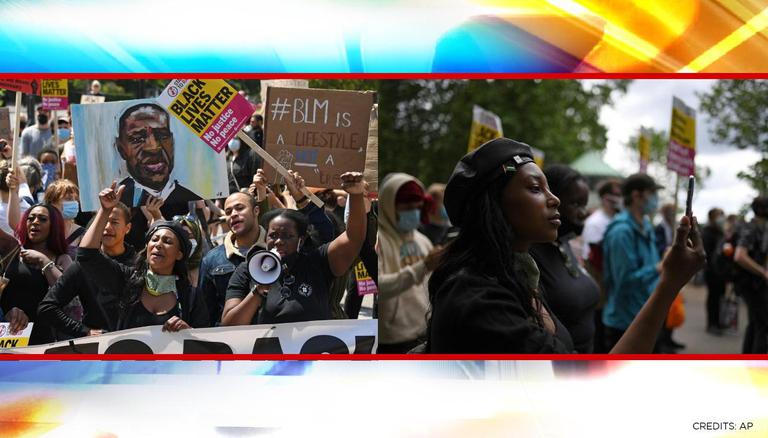 
In the aftermath of the shooting of Black Lives Matter activist Sasha Johnson, London’s Metropolitan Police on May 29 said that an 18-year-old Cameron Deriggs has been charged with conspiracy to murder concerning the incident. Deriggs was one of the five men who were arrested by law enforcement on Wednesday concerning the case on Sunday on the suspicion of murder. While the other four have been released on bail until next month, the 18-year-old appeared in front of Westminster Magistrates' Court on May 29 (UK time).

Detectives investigating the attempted murder of Sasha Johnson in #Southwark have charged a man.

Cameron Deriggs, 18, of #Lewisham, will appear at Westminster Mags tomorrow charged with conspiracy to murder.

Four other males have been released on bail.https://t.co/zkxRPb8BC0

Johnson, 27, mother of two and BLM activist was shot in the head at a 30th birthday party in Peckham, South London on May 23 and remains hospitalised in a critical condition. As per reports, Deriggs hails from Bromley Hill in Lewisham and appeared at the court on Saturday morning (British time) reportedly dressed in a grey zip-up hoodie and blue jeans. As per the Australian Associated Press report, the 18-year-old did not indicate a plea.

Reportedly prosecutor Carol Udenze informed the jury that the offence involving Deriggs happened on May 23 at an address where Johnson “was shot in the head and another person was shot in the foot - this was at a house party...The Crown's case is that the defendant in agreement with others conspired to murder somebody at that address.” Udenze also confirmed that the police do not believe that the 27-year-old was the intended victim.

‘Case sent to the criminal court’

As per the report, remanding Deriggs in custody, District Judge Michael Snow said, "This case is sent to the criminal court.” Snow also ordered the 18-year-old to be present on June 25 “probably by live link” where the judge will want confirmation of Deriggs’ plea and provide further directions for the case.

According to the investigators, Johnson had been among the 30 guests at a silent disco in the back garden of a home in Consort Road where four men, in dark clothing, reportedly entered through a side gate and started firing shots. Johnson, who reportedly played a prominent role in anti-racism demonstrations in the UK is admitted to a London hospital on Monday after being shot. Without identifying her, the police said “there is nothing to suggest it was a targeted attack or that the woman had received any credible threats against her before this incident.”