UK Health Secy Sajid Javid has declared that teenagers between 12-15 years of age will have a "final say" on COVID jabs, incase of parental disagreement. 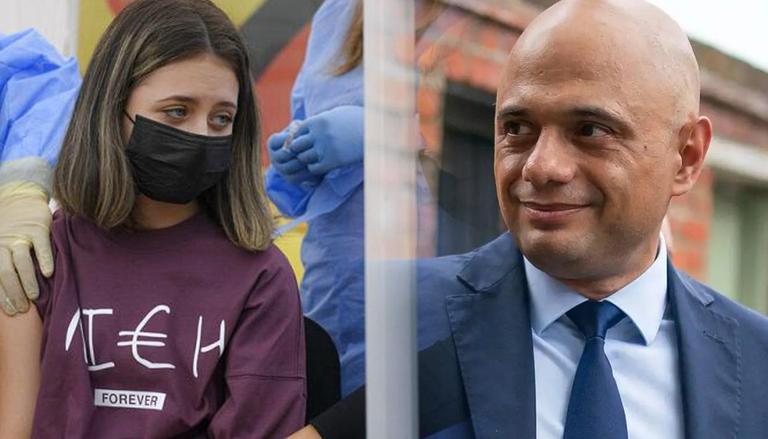 
In a major COVID-related announcement, UK Health Secretary Sajid Javid has declared that teenagers between 12 to 15 years of age will have a "final say" on COVID vaccination, in case of disagreement with parents. Speaking to SkyNews, Javid elucidated on the idea. If a child is competent enough to make decisions, theirs "will prevail," he said revoking parental control on vaccine-related decisions. Although parents will be approached first, he added.

UK Health Secretary Sajid Javid told Sky News that if there is a difference of opinion between the child and the parent there they have specialists that work in that area, the schools' vaccination service. "They would usually literally sit down with the parent and the child and try to reach some kind of consensus."

Javid's comments came after the UK reported parental disapproval on COVID-19 jabs. He suggested that the aforementioned age group will be allowed to decide the fate of vaccination for themselves in case parents object to the jab. The final decision will be based on the say of the children of the stipulated age group, Javid stressed the topic.

Scientists advice against Covid jab to below18 age group

Health advisors and scientists in the UK have adviced against the Covid jabs for citizens below the age of 18. The Joint Committee on Vaccination and Immunisation (JCVI) suggested that the jabs administered to the 12-15 age group would only render marginal or "insufficient" effects due to the low infection possibility among them, BBC reported citing the scientists. However, four chief medical officers in the United Kingdom, including Health Secy Sajid Javid have decided to continue with the inoculation program, the formal announcement is yet to be made. On Wednesday, Javid reluctantly spoke about JCVI's views on the children's inoculation program.

"I want to give them the breathing space, it's their independent view and that's exactly what it should be. But I would expect to hear from them in the next few days," Sky News quoted Sajid Javid as saying

Citing the necessity of vaccines for regular schooling, Javid said that COVID-19 jabs should not be vetoed based on health grounds only. The vaccinations will also reassure parents and allow them to send their children to schools, he added. Meanwhile, private medicine regulators have approved Pfizer and Moderna vaccines for the age group above 12 and below 15. The UK is already underway to recruit vaccinators for public and private schools.

READ | COVID: Chile to start vaccination drive for children 6 to 11 with 'specific comorbidities'