Bank Santander is currently attempting to reclaim the funds of £130 million that were transferred into 75,000 accounts by mistake on December 25. 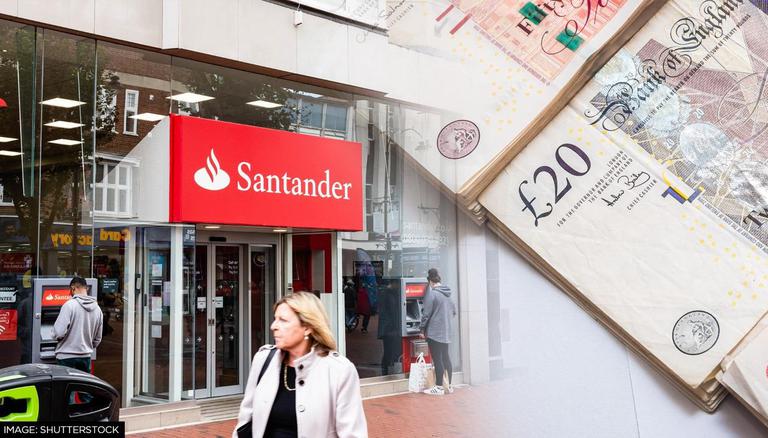 
On Christmas Day, United Kingdom bank Santander had handed out £130 million (around $175 million) by mistake to thousands of citizens and companies. Santander is currently attempting to reclaim the funds that were transferred into 75,000 accounts by mistake on December 25. The bank's spokesperson stated that the issue had been discovered and corrected. In the next days, the bank will strive to recoup the duplicated transactions, citing the spokesperson, Business Insider reported.

As per The Times, the employees of Santander are now frantically trying to reclaim the funds, which is more difficult now given the fact that much of it was put in competing banks' accounts. Payments from 2,000 corporate accounts were made twice, resulting in the mistake.

Apologising for the mistake, the bank revealed in a statement, "Due to a technical issue, some payments from our corporate clients were incorrectly duplicated on the recipients' accounts. None of our clients were at any point left out of pocket as a result and we will be working hard with many banks across the UK to recover the duplicated transactions over the coming days," BBC reported.

The Christmas Day blunder occurred due to scheduling glitch

Furthermore, it is worth noting that wages and money from vendors were among the payments, as per The Guardian. The incident, according to Santander, was caused by a scheduling glitch. According to the bank, the transactions were a mixture of recurring and one-time payments. The receivers and purpose of payment varied for UK commercial account holders but may have included salary or supplier payments.

Bank customers at Barclays, HSBC, NatWest, Co-operative Bank, as well as Virgin Money were among those impacted, according to initial reports from the Times. Even though the money can be retrieved, the banks are concerned about the fact that it may have already been used, and they do not want to risk driving consumers into overdrafts.

According to the Times, one bank indicated that it would be hesitant to return the money if it risked the account user would be forced into an overdraft.

Pay UK, which manages the UK's primary payment networks, is in the process of reversing the transactions, and some money has already been retrieved. In addition to this, the error only impacted UK clients, according to a Santander spokesperson, and the procedure for retrieving the monies is "underway' and functioning efficiently.

Banks can reclaim payments from third-party banks via the company's bank-error recovery mechanism. Santander may also contact people who have been affected personally in specific situations. This is not the first time Santander's transactions have been hampered this year. Some consumers were unable to pay for products in May due to a technical problem that disrupted card payments, Business Insider reported.