Dominic Raab has announced new Myanmar sanctions and said the purpose of these sanctions was to affect businesses that provide financial aid to juntas. 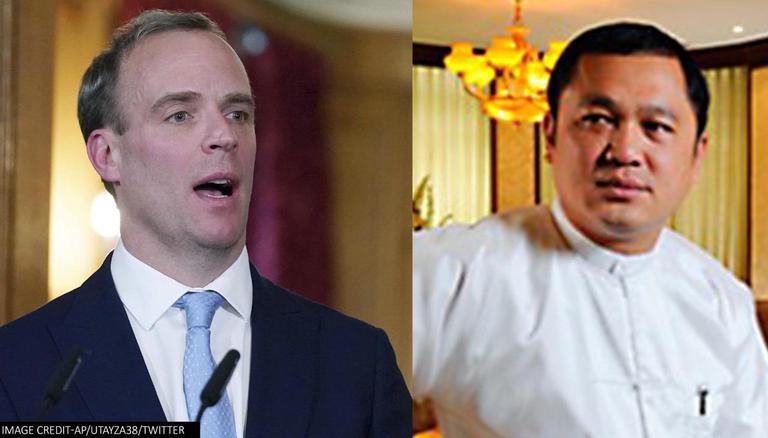 
UK Foreign Secretary Dominic Raab has announced new Myanmar sanctions on Thursday and said the purpose of these sanctions was to affect businesses that provide financial support to the military junta. The UK government released a statement saying that new sanctions were aimed at Myanmar businessman U Tay Za and his business empire Htoo Group. The business group is a large business network that controls several activities in Myanmar and has been accused of funding the 2017 clearance of Rohingya in Rakhine.

U Tay Za has close ties with the military due to his connections with the junta leaders and has always provided support using his power to supply the militias with arms and weapons. This has led to serious human rights violations over the years. The UK further said, "These sanctions make clear that the UK will take concrete measures to limit the junta's access to finance and economic resources, including by targeting business networks associated with the military regime." Dominic Raab added, "The military junta has shown no signs of halting its brutal attack on the people of Myanmar." Earlier this year in February, Myanmar’s military operated a successful coup on the government and announced a year-long state of emergency. The UK plans to discuss the same with other countries to limit the junta’s resources even further hoping to restrict their actions and stop their human rights violations on innocents like women and children.

What are the specifications of the sanctions?

The UK government said that they are freezing all the UK assets owned by Htoo Group and U Tay Za with immediate effect. The businessman has also been banned from entering the UK. The new sanctions have also rules in place to stop the banks or lenders in the country from providing any financial support for either his personal purposes or for his business group. The statement continued, "These sanctions follow recent efforts to ensure that the supply of arms to Myanmar is halted and follow on from the Communique the UK secured at the G7 Foreign and Development Ministers' Meeting, that committed members to prevent the supply of arms and technical assistance to the military. In addition, on 18 June, the UK worked with partners to deliver a UN General Assembly Resolution which urged member states to prevent the flow of arms to Myanmar.”