A public health expert warned that people should wait to use lateral flow tests until just before meeting up with others as Omicron is highly contagious. 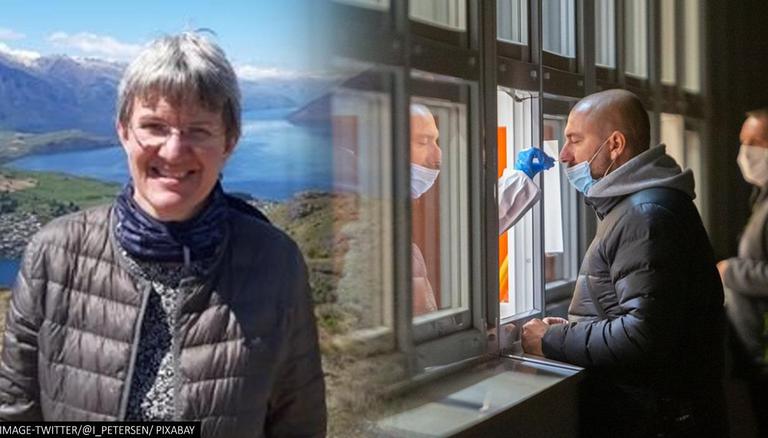 
Amid growing concerns over the spread of the Omicron variant of Coranvirus, a public health expert in the United Kingdom has warned that people should wait to use lateral flow tests until just before meeting up with others as the new variant appears to be highly contagious. According to Irene Petersen, a professor of epidemiology at University College London, the official guidelines should be changed because people infected with Omicron can go from being non-infectious to contagious within hours, Independent reported. The guidelines by the UK government currently recommends taking a test "if someone is in a high-risk situation that day."

Petersen termed the current testing guidelines not "good enough."  "We are seeing a lot of cases lately where people have taken a test the day before and then tested positive when they take another the next day. As Omicron spreads rapidly, the test result becomes obsolete within hours," Independent reported citing The Sunday Telegraph. According to the latest figures from the UK Health Security Agency, there have been 10,059 more confirmed cases of Omicron variant recorded across the country, taking the total number of confirmed cases across to 24,968.

UK may register daily cases between 600,000 to 2 million by end of month: Scientists

The country is expected to implement stricter measures soon after specialists warned that hundreds of thousands of new infections are likely to occur every day. Scientists in the UK have warned the government that daily numbers could reach between 600,000 to 2 million by the end of the month if stringent measures are not taken. According to the government's SPI-M-O group of scientists, which reports to the Scientific Advisory Group for Emergencies (Sage), hospitalizations might reach 3,000 to 10,000 per day and deaths could reach 600 to 6,000 a day, reported The Guardian. Sage advised the government to reintroduce stringent regulations as quickly as possible.

According to the minutes of Sage's meeting on Thursday, December 16, the timing of such measures is critical. Delaying such initiatives until 2022 would considerably diminish their effectiveness and make it less probable that they will alleviate considerable pressure on health and care systems, it added. The advisers recommended restoring measures similar to those that were placed in England after step 2 or step 1 of the roadmap. Meanwhile, Prime Minister Boris Johnson has so far refrained from imposing additional restrictions after a massive rebellion against "plan B" measures last week, when 100 of his MPs opposed him, reported the British daily.