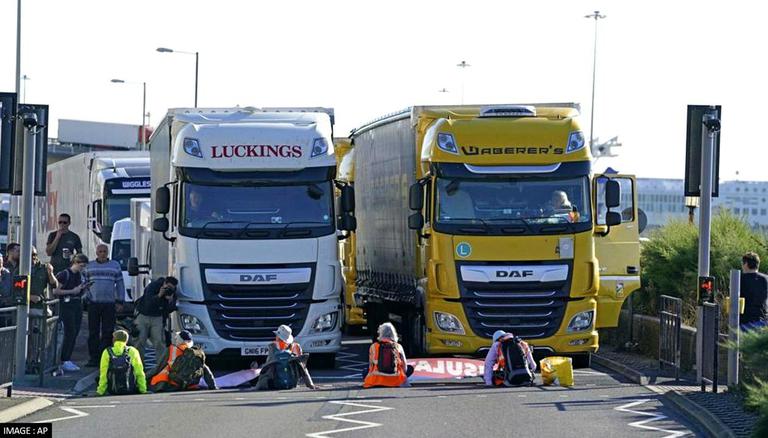 
Insulate Britain, an environmental campaign organisation that wants the government to insulate and upgrade homes across the UK, blocked a key motorway around London once again on October 13, enraging commuters and causing traffic mayhem during rush hour. People at an industrial park near Dartford Crossing, east of London, were seen ripping flags from protesters' hands and hauling them off the road in videos broadcast on social media.

In a press release, the climate protesters group stated that over 40 people have taken to the streets for the thirteenth time in four weeks, fully aware that their protest was in violation of the injunction given to National Highways Authorities on September 22.

“They are demanding that Boris [UK Prime Minister Boris Johnson] gets on with the job of insulating Britain’s homes starting with the homes of the poorest people in the country,” according to the press release, Sputnik reported.

On September 13, 2021, protesters stopped five M25 motorway intersections (Junctions 3, 6, 14, 20, and 31), and continued on September 15, 17, 20, 21, and 23. The gang shut down the Port of Dover on September 24. A handful of climate activists were arrested. Protestors stopped the M25's main lane in both directions between junctions 9 and 10, increasing the protests on September 21st. On October 1 and 4, protests were organised once more.

Cold homes, according to the climate campaign organisation, cause 8,500 deaths in the UK each year. Meanwhile, environmentalists believe that the government's 1.3 billion pound ($1.7 billion) commitment is only 0.2% of what is required to properly insulate the UK's 29 million homes.

Priti Patel, the UK Home Secretary, announced on October 5 that demonstrators who block major roadways might face up to six months in prison and unlimited fines, or both. In order to battle traffic congestion on highways and other important transportation facilities, police will be given extra powers.

Despite the danger of imprisonment, Insulate Britain claimed its actions will continue until the government makes a clear declaration signalling its determination to insulate "all of Britain's 29 million leaky houses by 2030, and all social housing by 2025."