Edward Colston was a wealthy trader in the 17th century, responsible for enslaving Africans across the Atlantic, aboard Bristol-based ships to the Americas. 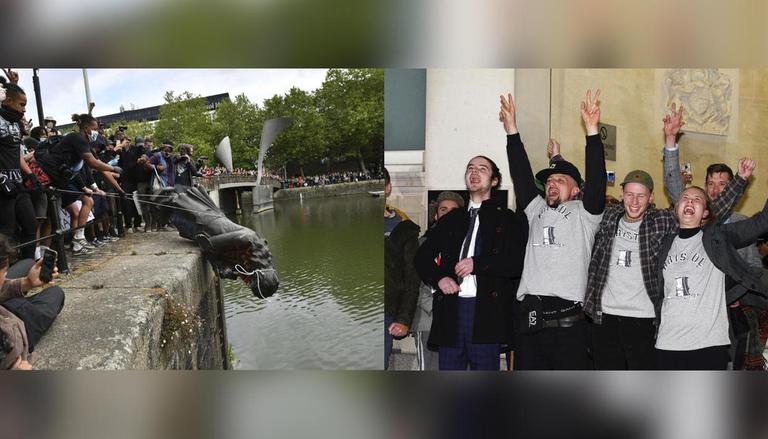 
Last June, four people were accused of removing an Edward Colston statue in England's Bristol without permission and dumping it into Bristol's harbourside. However, a UK court ruled that the four people were not guilty of illegally dismantling the statue of Edward Colston, which was met with heavy criticism from the country's MP's. The accused were identified as 30-year-old Rhian Graham, 26-year-old Milo Ponsford, 22-year-old Sage Willoughby, and 33-year-old Jake Skuse.

British MP Peter Bone stated that the jury's ruling was dangerous, saying that it may licence people everywhere in the country to go around breaking down statues, Sputnik reported. He added that he doesn't know what was said in court, but toppling a statue or any other structure is criminal damage, and people should be punished for it. He also said that this is an odd verdict by the court and that he is hoping that the government will do everything possible to ensure that similar criminal damage does not occur in the future.

Another MP, Lee Anderson, seconded Bone's statements and said that clearing people of criminal damage charges should not be based on who a statue represents, Sputnik reported. He further said that they live in a democracy and if people are outraged by a statue, they should use the local democratic process to have it removed rather than resorting to senseless thuggish behaviour.

As the jury acquitted Rhian Graham, Milo Ponsford, Sage Willoughby, and Jake Skuse, loud celebrations erupted. According to an AP report, Sage Willoughby stated that this is a triumph for Bristol, for racial equality, and for anyone who wants to be on the right side of history.

Jake Skuse was accused of coordinating a plan to roll the statue into the water, while Graham, Ponsford, and Willoughby helped him. The boys confirmed their involvement but denied their actions were unlawful, claiming that the monument was a symbol of hate crime against Bristol residents.

Who was Edward Colston?

In the 17th century, Edward Colston was a wealthy trader who enslaved Africans across the Atlantic, aboard Bristol-based ships to the Americas. After the statue of Colston was taken out it was recovered from the port and displayed in a museum in Bristol, along with placards from the Black Lives Matter protest.