Criminalising entry into Kabul was "one of the options," if anyone was proven to have visited outlawed territory, a source said adding proposals were underway. 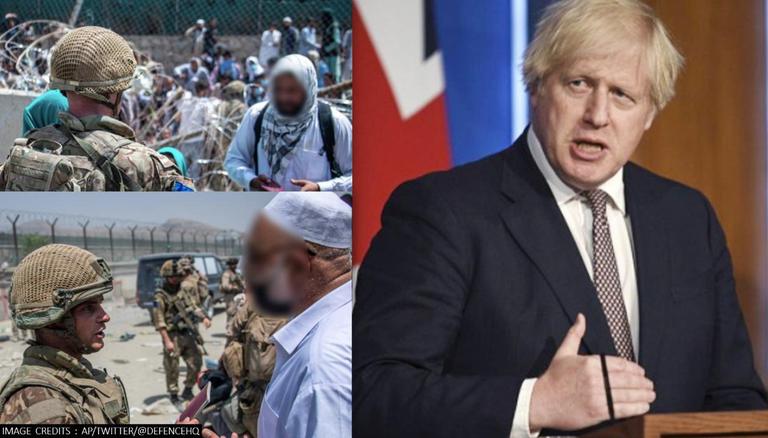 
The UK on Monday declared that it was in a discussion about national security aspects and there were proposals to blacklist Afghanistan and imprison those that enter the Taliban dominated territory for at least 10 years. Criminalizing entry into Afghanistan was "one of the options," if anyone was proven to have visited the outlawed territory, a source told UK newspaper The Telegraph. Likewise, while the UK government was committed to admitting thousands of citizens fleeing the Taliban under the Afghanistan Citizens’ Resettlement Scheme, it stated on Monday that it will not compromise the vital security of British citizens as it criminalized for Afghans to “knowingly arrive illegally in the UK without permission to be here.”

Under its Nationality and Borders Bill, the Boris Johnson administration stated that it will criminalise those who knowingly enter the UK without permission to seek asylum as the migration routes would be kept under constant review. Similarly, discussions are ongoing to criminalize those that enter the war-ravaged country now in control of the Taliban.

Under the Afghan Citizens’ Resettlement Scheme, not yet launched, Uk plans to allow just 5,000 vulnerable Afghans into the country. The scheme will be offered only to those who have been forced to flee Kabul, with up to a total of 20,000 over a five-year period, according to UK’s Home Office factsheet on resettlement routes for Afghan nationals. The British government plans to release further details in due course on both of these proposals soon.

The UK also plans to admit an additional 5,000 Afghans under the Afghan Relocations and Assistance Policy (ARAP), although it warned, that those resorting to illegal routes to enter the UK will face consequences as the government has “a duty to protect the security of the UK and the safety of its citizens.”

The UK will honour our obligations to the brave Afghans who have assisted our efforts in the country over the past twenty years.

Our new resettlement scheme will help many more of the most in need find refuge. pic.twitter.com/EDWJXzhToy

UK Home Office and Ministry of Defence launched the Afghan Relocations and Assistance Policy (ARAP) on 1 April 2021 that will allow all current or former locally employed Afghan staff, assessed to be under serious threat to life, to apply for the priority relocation to the UK regardless of their employment status, rank or role, or length of time served. Since June, the UK Home Office says an estimated 2,000 Afghans and their families have been resettled in Britain. Although, under UK’s strict security checks, the ARAP process has to await directions from the MOD’s Afghan Threat and Risk Evaluation Unit for safe migration into the UK.

(1/2) There have been reports of an individual arriving from Afghanistan who was flagged to the Home Office as part of our stringent national security and public safety checks involving the police, security services and others.

(2/2) However, upon further investigation, they are not a person of interest to the security agencies or law enforcement.

These stringent checks are in place to keep the British people safe.

“It would be wrong to make a blanket offer of sanctuary to those who may have committed offences that would be crimes in the UK or pose a threat to our national security,” UK’s Home Office cautioned in a factsheet.

It adds that people fleeing the Afghan crisis who enter the UK via irregular migrant routes, such as small dinghies should apply for asylum in the UK via legal channels before entering as under the Nationality and Borders Bill, UK will consider it a criminal offence.

“Our position is still that people should claim asylum in the first safe country they reach and not risk their lives making dangerous crossings across the Channel. We want to deter people from placing themselves in the hands of evil people-smuggling gangs and become trafficked. It is dangerous and unnecessary to attempt to enter the UK in this way,” UK Home Office warned on Aug. 23. It stated that UK’s agreement with France has seen ramped-up police patrolling on beaches, improved surveillance technology and enhanced intelligence sharing. 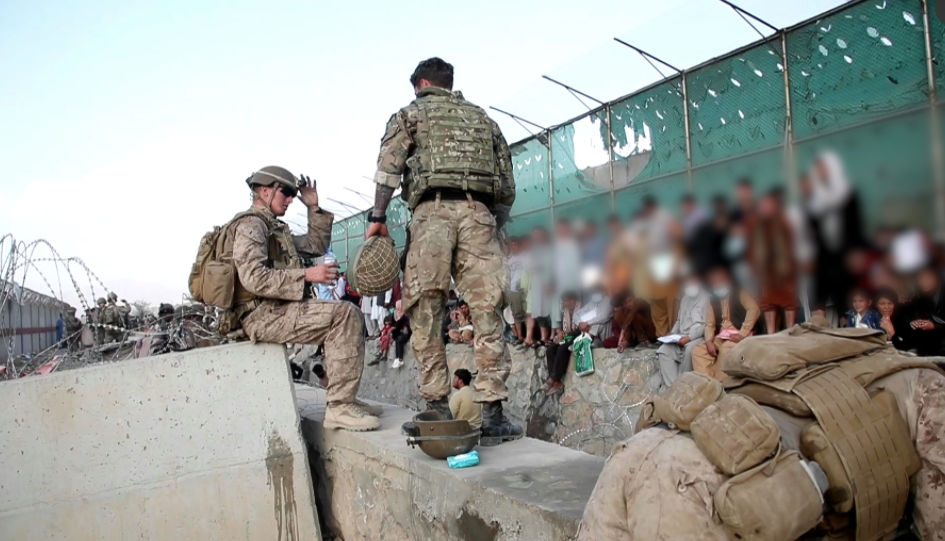 In her interview to the Radio 4's Today programme earlier yesterday, UK Home Secretary Priti Patel clarified that under the bill’s plan the British government wasn’t in the sense criminalising the genuine Afghan asylum seekers but the route that they choose to enter the UK. "This isn't about being criminalised if they've come over from Afghanistan. They will claim asylum in the way in which people who enter our system are currently claiming asylum,” she said in the broadcast statement aired on Aug. 23.

The Joint Council for Welfare of Immigrants (JCWI) meanwhile wrote a joint letter signed by at least 100 charities and human rights organisations addressed to the UK Home Secretary Priti Patel on the Afghanistan crisis. In the document, the refugee and migrant organisations urged the UK government to abandon the 'resettlement only plans set out in the Nationality and Borders Bill, that would criminalise or deny full refugee status to Afghan refugees. JCWI asked Boris Johnson administration to grant ‘immediate asylum’ to Afghan refugees as well as release all Afghan nationals from detention.

“The fall of Afghanistan to Taliban forces places the rights and lives of millions of people at risk. Reports confirm that widespread killings have already begun, with women and girls, ethnic minorities, LGBTIQ+ people, journalists and anyone seen as supporting an international organisation or the Afghan Government, throughout the country including Kabul,” the letter read.

“This raises an enormous and urgent challenge to the Government’s current approach to refugee protection,” it went on to state. ‘No Afghan should be evicted from asylum accommodation in the UK,” JCWI urged, adding that Uk must abandon its inadmissibility rules.