A hospital nurse in the United Kingdom was sentenced to 14 months in prison after she went on a spending spree with the bank card of a dying patient. 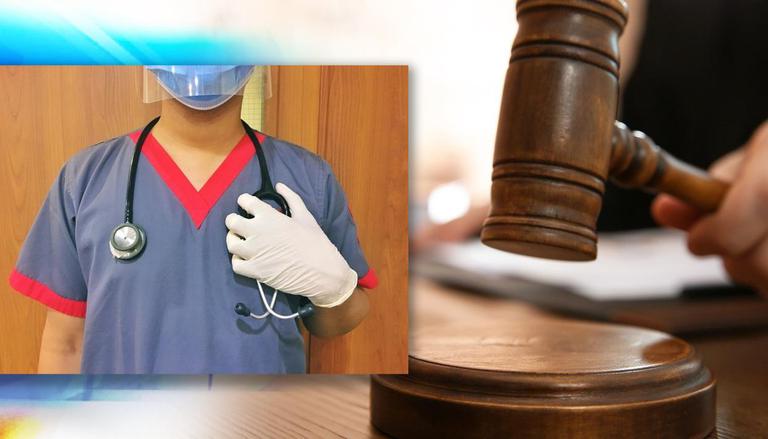 
On Thursday, November 18, a hospital nurse in the United Kingdom was sentenced to 14 months in prison after she went on a spending spree with the bank card of a dying patient. The 40-year-old Leanne Wallace took advantage of a weak and vulnerable patient who was admitted to a hospital with problems including pneumonia and anorexia, according to a report by Daily Mail.

The patient has been identified as 84-year-old Leslie Rushworth, who was under her care. According to Teesside Crown Court, the nurse grabbed the bank card from the patient's wallet and used it to pay off a £900 loan, purchased a bed worth £699, spent £74 on wallpaper besides buying products on Amazon.

Rushworth was moved to a hospice a few days later from the University Hospital of North Tees in Stockton, where he died. While pronouncing the sentence, judge Howard Crowson said that Wallace 'damaged the reputation of care professionals in this nation', Daily Mail reported. The crime came to the light after Rushworth's son noticed a message from the bank on his father's phone regarding possible fraud.

At first, he ignored it thinking it could be a spam but later took it seriously when some more messages followed. He discovered the bed's order and learnt that it was supposed to be delivered to one of his father's nurses. Wallace first denied committing the crime and also deleted her phone's data.

According to Daily Mail, she went on to falsely claim that Rushworth had graciously offered to pay her loan and also ordered a new bed for her. Meanwhile, there was no evidence of searches for any of the items on the patient's phone or iPad, according to the police.

According to prosecutor Emma Atkinson, the money has been reimbursed to the patient's family but the crime had a huge impact on the family in the last few days of Rushworth's life. Meanwhile, Wallace has pleaded guilty to four counts of fraud by abuse of position.

Judge Crowson stated that this was an egregious misuse of trust. "You were completely self-centred. You devastated their father's last hours with his family. The patient was hardly in a state to do anything for him so there is no way he could have used his bank accounts," judge Crowson stated while sentencing to Wallace, reported the outlet.