The UK is seeing a shortage of COVID tests as millions of people struggle to receive the test following a massive rise in demand after the Omicron surge. 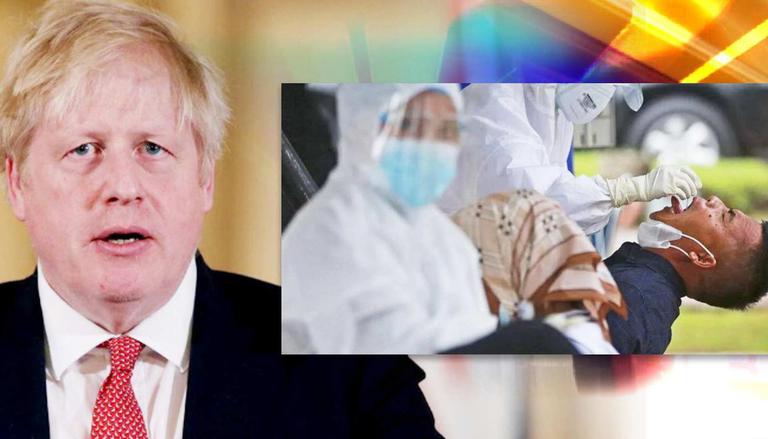 
The UK is seeing a shortage of COVID tests as millions of people struggle to receive the test following a massive rise in demand. UK Prime Minister Boris Johnson has been accused of the shortage as he urged people to get quick COVID tests before going out for New Year's Eve, and the Omicron wave has increased demand for both lateral flow tests and PCRs. On Wednesday, there were a total of 183,000 confirmed positive cases in the country. As per a report by The Guardian, there were allegations that health professionals are unable to receive tests.

Some Conservative MPs have also demanded answers from government ministers. They claimed that tests were difficult to come by, with pharmacies across England displaying signals that they had run out of lateral flow test (LFT) kits, The Guardian reported. The government's websites reported that walk-in PCR testing was unavailable in some regions of the country, such as Hartlepool while ordering home delivery of LFTs had been discontinued by mid-afternoon.

Eight million tests to be made available to pharmacists

The UK Health and Security Agency acknowledged exceptional demand for testing and reportedly warned consumers not to order more than they required. However, the organisation stated that an additional eight million tests will be made available to pharmacists before the New Year's Eve celebrations began.

The Uk's Shadow Secretary of State for Health and Social Care, Wes Streeting, criticised PM Johnson's request for individuals to take lateral flows during shortages by saying Boris Johnson is appearing on television advising people to get tested when others are struggling to obtain them. He further said that people are attempting to do the right thing, to follow the government's own recommendations, and to test themselves on a regular basis, but they are thwarted by the Conservative government's stupidity.

READ | UK: Grey Squirrel on a rampage which injured 18 people in two days put down by authorities

''Testing for essential workers should be prioritised'

Chris Hopson, who is chief executive of NHS Providers, stated that it is essential that NHS workers get rapid access to the tests they need to ensure they can return to work as soon as possible, as per The Guardian report. The British Medical Association's vice council chair, Dr David Wrigley, stated that in order to keep the NHS running, personnel must be able to regularly test for COVID-19, and thus supplies of lateral flow testing for essential workers should be prioritised.