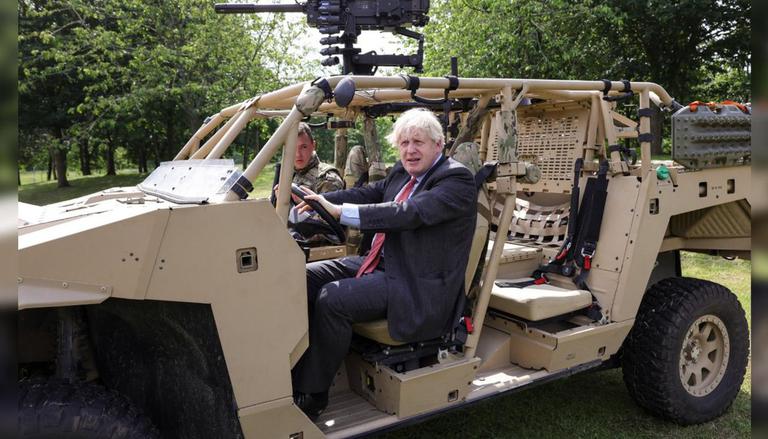 
As Taliban fighters entered Kabul on Sunday and sought the unconditional surrender of the central government, UK Prime Minister Boris Johnson would call an emergency parliament meeting in order to discuss the ongoing situation. According to a report by Downing Street, the parliament would be recalled this week. However, the timing is yet to be confirmed with the Speaker. Earlier today, Keir Starmer, the Labour leader, also confirmed the parliament meeting. He said that the parliament has been recalled in order to update MPs on how it plans to work with allies to avoid a humanitarian crisis.

Watch: Johnson's take on the current situation in Afghanistan

Prime Minister @BorisJohnson on the current situation in Afghanistan. pic.twitter.com/sjATzH8wc4

It is worth mentioning that for a large chunk of the past 20 years, British troops fought hard to ensure that the southern Afghanistan province of Helmand did not fall into the hands of the Taliban. Although British Prime Minister Boris Johnson warned there was no 'military solution' to prevent the resurgence of the Taliban, questions are being raised about why the UK could not have remained even after the planned departure of US troops by September 11. Following an emergency meeting over the deteriorating situation in Afghanistan, Johnson said the “vast bulk” of the remaining U.K. embassy staff in Kabul would return in the next few days. Meanwhile, the British government was also stepping up efforts to relocate Afghans who had assisted British forces during their time in the country and who now face reprisals if they fall into the hands of the militants.

Earlier on August 13, Friday, the first forces of a Marine battalion arrived in Kabul at week’s end to stand guard as the US speeds up evacuation flights for some American diplomats. "Clearly from their actions, it appears as if they are trying to get Kabul isolated,” Pentagon Spokesman John Kirby noted at a press briefing. Earlier today, the Taliban seized a radio station in Kandahar and took to the airwaves after capturing much of southern Afghanistan in a rapid offensive that has raised fears of a full takeover less than three weeks before the US is set to withdraw its last troops. The Taliban released a video in which an unnamed insurgent announced the takeover of the city’s main radio station, which has been renamed the Voice of Sharia, or Islamic law.