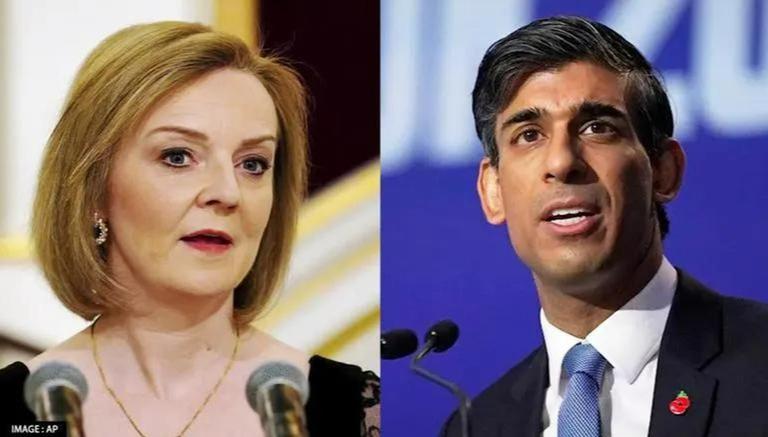 
In a head-to-head debate for the position of UK Prime Minister that was heavily influenced by economic matters, Foreign Secretary Liz Truss accused his opponent Rishi Sunak of 'scaremongering' regarding her tax cut proposal. Sunak's predictions that Truss' plan would increase interest rates and cause inflation were, according to her, 'scaremongering' and part of 'Project Fear'.

As per a report in The Times, he UK Foreign Secretary separated herself from her own economic adviser, Patrick Minford, who had claimed in an interview that rising interest rates were "a positive thing" that would help kill off "zombie companies." Sunak took advantage of the statement to warn that Truss' plans for more than £30 billion in tax cuts will lead to increased mortgage repayments.

In response, Truss said, "Frankly this is just scaremongering. Inflation is projected to come down next year. And the Bank of England is independent. It makes decisions about interest rates completely independently of government."

In an interview with the website ConservativeHome, Truss disregarded his opponent's warnings that the property market could crash at interest rates of 7%. However, Truss believes that the former finance minister is a "highly effective minister" and said she would add him to her Cabinet if she were elected Prime Minister. If elected, Truss has pledged to investigate the Bank's independence because she believes that the Bank's decision to intensify quantitative easing during the epidemic contributed to inflation.

"Rishi is someone who, you know, is a very effective minister. I would be very pleased to have Rishi as part of my team, depending on how things work out, and I’m not in any way complacent," Truss said.

Candidates for the UK prime minister's office - Liz Truss and Rishi Sunak - outlined their opposing leadership ideas on July 28 in Leeds during a contentious debate and first official grilling in front of conservative party members. Both candidates will appear at 12 nationwide events, with the first one taking place in Leeds, Northern England, as the UK Conservative Party members choose a new leader. The results will be made public on September 5.

Due to his lifestyle and alleged dishonesty toward Prime Minister Boris Johnson, Sunak had a rough time during the hustings, but Truss had a great time because she had the most support for the post of Prime Minister. As Britain contends with a deterioration in living conditions, surveys of Conservative members reveal that Truss is leading after proposing immediate tax cuts.