Foreign Secretary Liz Truss is holding on to a firm lead over former Chancellor Rishi Sunak in the race to be elected Conservative Party leader and British PM. 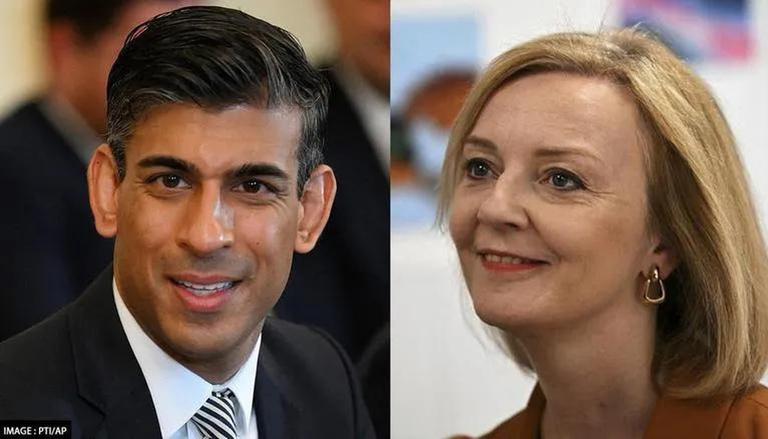 
London, Aug 17 (PTI) Foreign Secretary Liz Truss is holding on to a firm lead over former Chancellor Rishi Sunak in the race to be elected Conservative Party leader and British Prime Minister, according to a new survey of Tory voters on Wednesday.

The Conservative Home website survey of 961 party members, who either already have or will be casting their postal or online ballots in the leadership election, found Truss at 60 per cent and Sunak at 28 per cent.

Once the 9 per cent who fall under the "don’t know" category are equally distributed between the two finalists in the contest, Truss maintains a 32-point lead over the British Indian ex-minister as the website’s last survey found earlier this month.

"If our don't knows are divided evenly between the two candidates, an exercise we carried out last time, Truss goes up to 64 per cent and Sunak to 32 per cent – and so maintains the 32 point lead she had last time round,” Conservative Home said in an analysis of its latest findings.

"The sum of Opinium, YouGov and our survey is that Truss is set to win by a margin roughly between 70-30 and 60-40 – perhaps a bit higher, perhaps a bit lower," it notes.

The new element in the latest survey, conducted after ballot papers were issued, was a question about how many members have already voted. The website found that 60 per cent of respondents said they have and 40 per cent said they haven’t.

Meanwhile, the candidates continue their campaign dash across different parts of the United Kingdom to convince those yet to cast their ballots and arrived in Northern Ireland on Wednesday.

The focal issue remains the cost-of-living crisis as the latest inflation figures for July released earlier in the day revealed a 40-year high mark of 10.1 per cent, amid soaring prices of food and essentials. The key dividing line between the two contenders is on how this crisis must be tackled and Sunak took a direct swipe at his rival’s tax cut solution as a “moral failure”.

"Liz’s plan is to say ‘well, I believe in tax cuts, not direct support’. I don’t think that’s right… That’s not a plan that I think is right for our country,” Sunak said at a hustings event in Belfast.

"If we don’t directly help those vulnerable groups, those on the lowest incomes, those pensioners, then it will be a moral failure of the Conservative government and I don’t think the British people will forgive us for that,” he said.

Truss, meanwhile, reiterated her pledge to “immediately” reduce taxes and introduce a moratorium on the green energy levy to curb inflation.

"The green energy levy is on all bills, so by removing that we would save people money on their bills. But what won’t work is simply a sticking plaster of handing more money out without dealing with the root cause,” she said.

The election campaign is running the course of August, an annual holiday season in the UK while Parliament is on its summer recess. The polling will officially close on the evening of September 2 and the votes will be tallied for the results to be declared in time for the House of Commons resuming its sitting on September 5. PTI AK ZH ZH