49-year-old, Zane Powles, walked over a distance of 900 miles to deliver 15,000 free school meals to students during the lockdown. 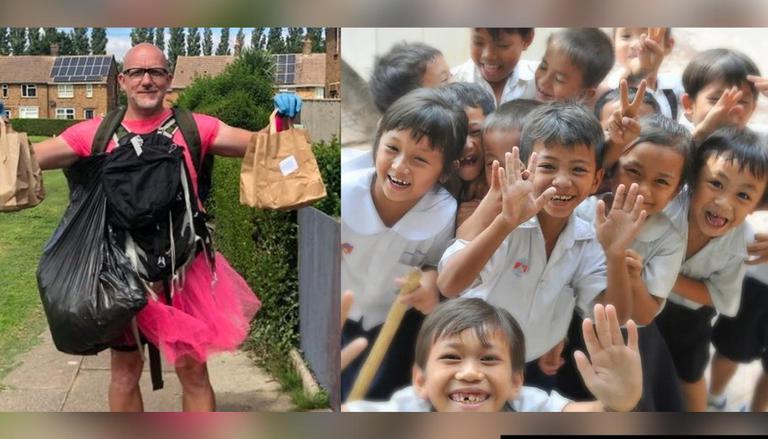 
A teacher in the United Kingdom garnered praises for his noble deeds as he walked over a distance of 900 miles to deliver 15,000 free school meals to students during the course of lockdown, reported The Guardian. In March last year, when Zane Powles realised the UK was likely to go into lockdown, his first worry was for the schoolchildren and about their food. The 49-year-old assistant headteacher from Cleethorpes then decided to deliver meals to schoolchildren personally. Braving all odds, Powles pounded the streets for the next 12 months to ensure meals reached children. "I delivered meals for almost a year. It's insane to look back, really crazy," he was quoted as saying by the outlet.

Before the pandemic, Powels used to run a unit attached to a Grimsby primary school for children with challenging behaviour. "I had been in charge of the unit for nine years. I probably got hit by a kid six times a week. They only tried to communicate with me in their own way. You have to get through all these and figure out what the true problem is," he stated. Praising the efforts of Powels, Claire Pulfrey, a parent at Powles’s school said that he is an absolute hero without a cape. "I have a son with Attention deficit hyperactivity disorder. I was struggling to cope during the pandemic by seeing Zane every day was like a little ball of pleasure," she was quoted a saying by The Guardian.

Zane Powles bestowed with MBE by the royal family

Grimsby is one of the poorest regions in the United Kingdom. After the lockdown was announced on March 23, 2020, Powles looked at the list of children on free school meals and mapped up their home addresses. According to him, he was required to deliver 85 meals each day. For the next one year, he arrived at school at 7.30 a.m. to help the headteacher and others make the lunch bags. He would then set off carrying two backpacks full of meals to be delivered to children. It is worth mentioning here that Powles was bestowed with Member of the Order of the British Empire (MBE) by the royal family. However, he does not consider his charity work as remarkable and says he was just doing his duty, reported The Guardian.